Despite launching its Guardian telematics service three years ago, Roadtec still views the technology as an egg it is slowly aiming to crack. Marketing manager Eric Baker referred to telematics as an industry buzz word, noting that its pervasiveness in the majority of all heavy equipment marketing has created a challenge for everyone in the industry.

He sees the term as teetering on the edge of generic, its widespread use beginning to water down what has always been an impressive message to any fleet manager or equipment owner.

“What we sometimes struggle with is getting lumped into all of that,” Baker said Wednesday during a press event at the World of Asphalt show in Baltimore. “But this goes above and beyond telematics.”

By “this,” Baker was referring to Roadtec’s latest version of Guardian that elevates the service above the usual machine diagnostics.

Through a free software update for current Guardian subscribers, Roadtec is adding real-time and end-of-day production reporting. The company says operators will be able to view “the exact amount of material they are loading into the truck in front of them, eliminating overloaded or underloaded trucks.”

Production reporting is available now on the company’s RX-600, RX-700 and RX-900 cold planers and Roadtec plans to extend the feature to its line of pavers, “very soon.”

Customers can take further advantage of the production reporting by purchasing an optional additional display for these machines.

Baker said Roadtec is far from done with its Guardian service, with further plans to increase its functionality in the future. “We’re trying to be there with them at all times, making sure they’re using the machine to the fullest potential,” he said. “That’s why the system is called Guardian.”

When asked about how customers have responded to Guardian so far, Baker said the customers that are using it love and say they can’t imagine working without it now.

But the trick—as it is for all manufacturers in heavy equipment—is making the undeniable benefits of the technology not just in the ears of more customers, but being sure they understand the efficiencies and real savings it makes possible. To that end, Baker said Roadtec recently hired a person to work full-time on spreading the word about Guardian.

Baker said the industry’s low adoption rate of the technology isn’t necessary indicative of a stubbornness or distrust of technology. Rather, it’s more likely seen as yet another option or cost to consider on top of a big pile of options and costs contractors and fleet managers contend with each and every day.

Which is why the term “telematics” becoming a generic term—just more white noise—is such a problem. It’s one the industry as a whole will have to fix in order to increase adoption. Initially, Roadtec’s solution is to beef up its offering and differentiate by expanding the technology’s capabilities. It’s a hard strategy to argue with. 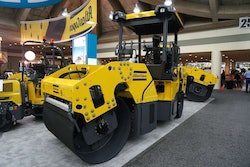 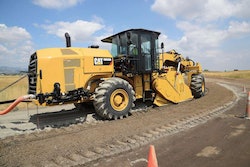 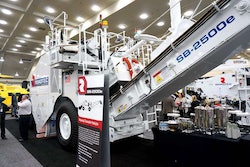