The $60 million service will create 650 construction jobs, with trains running by early 2014.

“Illinois is committed to creating jobs and promoting economic development by linking our cities, businesses and universities through passenger rail,” said Illinois Gov. Pat Quinn. “The selection of the southern route does the best job of accomplishing those goals safely and cost effectively.”

The selection of routes was based on an independent study by the Decatur office of URS Corp., one of the country’s top engineering design firms. The analysis showed that the southern route through Genoa will require a $26.2 million investment in upgraded infrastructure between Chicago and Rockford.

Similar improvements on the proposed northern route through Belvidere would cost $62.3 million, raising the total cost of the route to more than $96 million. The study also determined an estimated annual ridership of 76,357 on the southern route compared to 54,988 on the northern route.

“The southern route offers the best deal for travelers and taxpayers,” Illinois Transportation Secretary Gary Hannig said. “After much deliberation, we are excited to start service to an underserved part of the state.”

The Chicago-Rockford-Dubuque line marks the return of passenger rail to the Rockford area for the first time since 1981. Trains will run at least one round-trip daily between Chicago’s Union Station and Dubuque, with stops in Elgin, Genoa, Rockford and Galena. 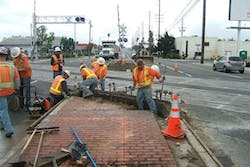 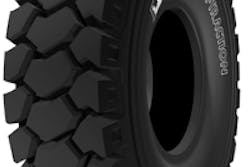 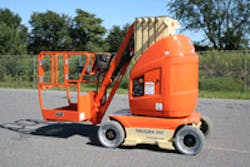 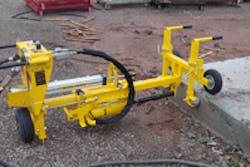 E-Z Drill Introduces the Model 240B, a Rock Drill and Core Drill Combination for Subgrade Operation