I’m not surprised John Mica will become chairman of the House Transportation and Infrastructure Committee, but like most of you I am surprised that Jim Oberstar will not even be in the House.

Mica as ranking member of the committee and Oberstar as chairman worked well together. They had the ability to differ on a number of points but agree that there was a lot they did have in common — they both pushed as hard as they could for a six-year transportation bill — and they gave bipartisanship a good name. Mica of course has now said no to a raised gas tax so the problem they both faced of how to fund reauthorization at an adequate level remains front and center.

I was at a (pre-election)  AASHTO meeting a few days ago where FHWA Administrator Victor Mendez was asked about possible reauthorization timetables and scenarios, and he basically answered that any predictions were in fact guesses. His point, as I took it, was that there are so many variables that there’s very little science or empirically logical thinking that can be applied to coming up with a probable outcome and date.

But it was at that same meeting that former Transportation Secretary Rodney Slater pointed out that previous surface transportation legislation passed with voting numbers that were ample evidence of bipartisan support.

Mica still supports a six-year bill. It has the potential for bipartisan support, and perhaps, most importantly, of all the potential legislation for the new GOP-dominated House, transportation and infrastructure funding is a topic both sides of the aisle could/might agree on without offending their old or new support.

The main focus of the industry at the moment has to be December 31. The gavel will not have changed, but the continuing resolution that keeps SAFETEA-LU alive will expire and a shutdown of SAFETEA-LU provisions and programs will be inevitable if something is not done before the end of that day to extend it. So I assume it will be done. But for how long the extension? A week, a month, two months, six months,  210 days, a year or longer?

Right now this is the key problem. Are there 14 extensions waiting in the wings as there were the last time this situation arose? Now, in the thrashings of a lingering recession short extensions are arguably the worst possible case for both government agencies and contractors. They would help cement uncertainty and indecision into place, and they would help rob planners and funders of long-term options. They would be especially destructive come January as we are already 15 months and four extensions beyond SAFETEA-LU’S original sell-by date.

There is of course also the inevitability that Republicans will not simply tinker with the Oberstar bill. So what are the changes we will we see when we read a new draft from the new Committee?

Oberstar’s party held all three branches. Mica’s party holds the house but not the other two.  So bipartisanship in some form is the only way. Readers of hieroglyphics and crystal balls will now spend weeks interpreting and analyzing. Mica may make that a little easier by being, to say the least, somewhat blunt in his speech. We may know quickly what he wants to do and even what he intends to do, but then we descend into guesswork again as a new Congress settles into place.

We are but parachutists. We jumped from the plane some time ago and we’ve been pulling the reauthorization ripcord, worried more than ever now that it seems to be stuck. The ground is coming up at us faster and faster. And if the chute does deploy in time will it be adequate to provide us with a satisfactory landing? 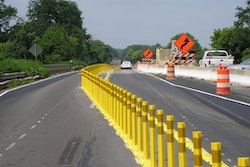 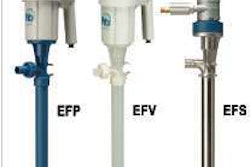 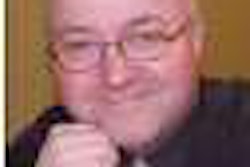