Got Potholes? There’s an app for that!

With Smartphone technology, it’s all about the apps. From weather to banking and social media, you can do just about anything from your phone.

Now, you can even report a pothole with the launch of the “Fill That Hole” iPhone app, which instantly reports potholes.

The iPhone app combines a photograph of a pothole with GPS technology to pinpoint the exact location of the hazard.

Once a report is logged, the relevant local authority is informed so they can quickly inspect and fix it.

“Potholes and general poor road maintenance continue to be major gripes of the British public and are areas requiring substantial further investment from the government,” Tom Longland, general manager at Aggregate Industries, said in a written statement.

“The ‘Fill That Hole’ app is designed to put the ball back in the road users’ court, so they can take their own action, report potholes and monitor the response from their local authority.”

Chris Peck, a campaigner at CTC, was injured after cycling over a pothole in 2008. He said: “Potholes are a serious concern for cyclists. We’ve had a number of members end up in hospital after riding over a pothole and nearly 20 percent of cycling crashes amongst CTC members have been caused by road defects. We set up the Fill That Hole website as we want to make it easier for local authorities to find and fix potholes quickly, so fewer people are hurt.”

The Fill That Hole app will work with iPhone models 3G, 3GS and 4, running Apple’s iOS version 3 or version 4. The app is available to download from the Apple App store.

Aggregate Industries and CTC are also looking at the possibility of developing an additional app to run on Android equipped smartphones. (For the original press release on Fill that Hole, go to http://www.aggregate.com/Media-and-resources/Media-centre/News-and-Press-Releases/Swerving-potholes/.)

The United State is also exploring its app options for smartphones. In a search of apps on my iPhone, several free and nominally priced apps came up in search for “potholes.” The generically named free app called “Potholes” allows users to report a pothole, a description of the location with the longitude and latitude, and use a map view to see all the potholes within seven miles. App users can check out all the potholes have have been reported through the app at www.thinkpositif.com/potholes.

The “City of Portland Citizen Reports,” “Boston Citizens Connect,” and “Mobile 311” are a handful of the other free apps that lets citizens report potholes and other public works and municipal issues right from their phones. 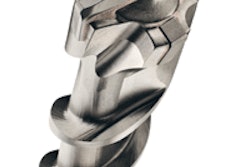 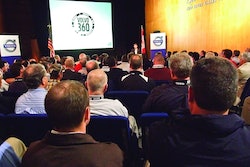 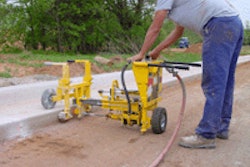