In a “Labor Fest” speech in Milwaukee, President Barack Obama revealed plans to spend at least $50 billion throughout the next six years to rebuild 150,000 miles of roads, lay and maintain 4,000 miles of railways, and to restore 150 miles of runways in an effort to give the economy another jumpstart and to move the nation forward.

Obama acknowledged the hard-hit construction sector, pointing out in his remarks that nearly one in five construction workers are unemployed and the fledgling economy has been extremely hard for the

“I know these are difficult times,” he said in his remarks. “When times are tough, I know it can be easy to give in to cynicism…But I just want everybody here to remember, that’s not who we are. That’s not the country I know. We do not give up. We do not quit. We face down war. We face down depression. We face down great challenges and great threats. We have lit the way for the rest of the world.

Obama says that the $50 billion infrastructure proposal will provide “long-overdue investments in upgrading our outdated, our inefficient national infrastructure.” He says this includes everything from roads, bridges, dams and levees to a smart electric grid, broadband Internet and high-speed rail lines required “to compete in a 21st century economy. We’re talking investments in tomorrow that are creating hundreds of thousands of private sector jobs right now.”

The National Stone, Sand & Gravel Association (NSSGA) says it’s “pleased that the president is acknowledging the important role that both infrastructure plays in the American economy and both the short and long-term benefits that additional investment would provide.” The organization notes that it plans to consult with its members and coalition allies to advise on messages “to secure more investment in highway infrastructure while helping spur bipartisan passage of a multi-year bill.”

However, NSSGA points out that it’s not clear whether this infrastructure proposal is a preview of a six-year reauthorization of the Safe, Accountable, Flexible, Efficient Transportation Equity Act: A Legacy for Users (SAFETEA-LU) highway program that expired Sept. 30 last year and has been through a series of extensions that expire Dec. 31, 2010, or whether it’s “a separate one-shot measure intended to boost highway funding levels.”

Dennis Slater, president of the Association of Equipment Manufacturers (AEM), applauded Obama “for recognizing the vital importance of infrastructure investment to the long-term strength and competitiveness of our country,” but he says the nation really needs – “and what voters want” – is the Administration and Congress to work in partnership right to pass a transportation reauthorization bill.

“While the President’s plan for an Infrastructure Bank and increased capacity in our infrastructure system is an important step, Congress has the opportunity to act now on transportation reauthorization that will result in immediate job creation,” Slater says in a written statement. “We need a strategic vision for modernizing our country’s infrastructure, and leaders with the courage to make it happen. We need Congress to pass a transportation bill, and they need to come together on a robust, multi-faceted and sustainable way to pay for it, including consideration of a user fee increase. Maybe this is not the most popular policy stance in an election year, but there is no such thing as a safe road built by American workers for free.”

Ruane says that the passage of robust, multi-year transportation bills is essential to ensure predictability and continuity in the domestic transportation design and construction industry, and to help achieve national environmental, goods movement and safety goals.

“Accordingly, the $50 billion investment proposed by President Obama must be part of a long-term reauthorization bill and not a stand-alone measure,” Ruane says in a prepared statement. “Infrastructure investment is a proven cost effective public policy that provides recurring benefits for decades to come.”

Jim Oberstar, House Transportation and Infrastructure Committee chairman (D-Minn.), is supportive of Obama’s proposal , has also voiced a willingness to work with the president. “The principles outlined by the President are consistent with those put forward by the Committee in the  Blueprint for Investment and Reform and the Surface Transportation Authorization Act,” Mica says, according NSSGA’s Washington Watch Special Legislative Update.

Following Obama’s announcement, Mica issued a statement saying that he would not support “another tax and spend proposal while billions of transportation and infrastructure funds sit idle.”

Mica says that instead of proposing a plan to more quickly invest the billions of dollars in infrastructure projects already approved in what he calls “the first failed stimulus, we get another Obama tax and spend program.

“I don’t know what planet these people have been living on for the last 18 months,” Mica says in the press statement. “They hijacked the $862 billion so-called stimulus, leaving less than seven percent in the bill for infrastructure, and they failed to ensure that even this small percentage of funds would be spent expeditiously.  Then the Administration undermined their Democrat House Transportation and Infrastructure Committee chairman and killed any chance for a six-year transportation reauthorization bill.”

Mica argues that while it appears that the Obama Administration is doing something about job loss by proposing to spend more money on infrastructure with another stimulus effort, he points out that only 32 percent of the infrastructure funding approved 18 months ago in the first stimulus has been spent.

“Projects continue to be bogged down by bureaucracy and red tape,” Mica continues. “Moving some of the tens of billions of infrastructure dollars that continue to sit idle should be an Administration priority to get people working and stalled major projects moving forward. Unemployment has now climbed to 9.6 percent nationwide. In the hard-hit construction industry, joblessness exceeds an astronomical 30 percent in some states like Florida.

“Infrastructure funds need to be invested more quickly.  States need more flexibility in how they are allowed to spend money, and there must be more transparency in the process when the federal government is spending taxpayers’ hard-earned dollars….” (For Mica’s blog on transportation, go to http://republicans.transportation.house.gov.) –by Tina Grady Barbaccia 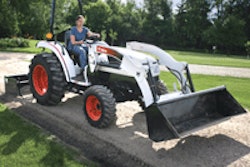 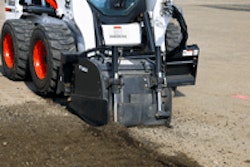 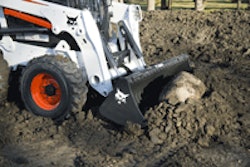