The Trouble with Robot Cops

If you have never tangled with an automated system for enforcing red light violations at signalized intersections, let me share my experience.

Traveling west on the frontage road of a local expressway last spring, I turned right on red without stopping.

A week or two later, I received a notice in the mail regarding my crime against humanity. I could go on a website and view a movie of my transgression. If I pleaded guilty, I would pay a fine and avoid a traveling violation on my record. I could elect to contest the issue, but if I lost I would pay a much higher fine and get a traveling violation on my record.

I pled guilty, paid the fine and began a period of mourning that continues to this day. I’m not mourning the $120 or whatever the fine was. I’m mourning the continuing loss of integrity in our various levels of government. This is worse than corrupt politicians, because this is about the corruption of us all — elected officials who implement these things to raise revenues, naïve citizens who think turning law enforcement over to machines is a good way to make the world safer, and victims like me who pay the fine and move on.

The corruption in my case begins with the fact that the intersection in question is not unsafe. I have used this intersection a dozen times a week or more for 20 years and have never seen an accident there.

In addition, my turn without stopping would have been sanctioned by a green arrow but for the fact that the right lane of the frontage road also serves motorists who are continuing straight ahead. In other words, with express traffic moving (as it was for my infraction), my right turn endangered no one. It was about as safe as pulling out of a driveway on a cul-de-sac after looking both ways.

So my fine served no purpose other than to produce income for the local government that installed the system, and the private contractor that manages it. It is a tax, and we accept this tax for the same reason we allow politicians to raise taxes on cigarettes and liquor — it seems morally justified if you don’t think about it very deeply.

But there is no morality to this story. This is all about cash-starved governments taking advantage of a revenue opportunity that comes with no voter backlash. And it’s about citizens like me taking the expedient path and going along with the system.

In and of itself, the red light enforcement systems wouldn’t be the end of the world. But they are just the beginning of an ugly trend. My state and local governments intend to install automated speed limit enforcement systems next. This has been announced with great fanfare about the public good, but the systems will be installed where they make the most money, whether they prevent accidents or not. And traffic law enforcement will evolve toward a game pitting humans against machines.

Nothing good for traffic safety will come from this. There are some studies that show modest, short-term improvements in accident rates, but the trend toward robotic enforcement isn’t about safety. It’s about cash. Machines make it cost-effective to monitor behaviors that aren’t worth the cost of human enforcement. Think about that.

In the end, public coffers will get some revenue, but I fear it will come at a terrible price because these systems will add still more citizens to the rolls of those who feel alienated from government.v 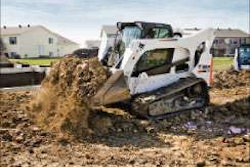