JCB Chairman Sir Anthony Bamford on Aug. 30 pledged assistance worth $250,000 to help in the reconstruction effort in the wake of the devastating floods in Pakistan.

JCB is donating two high-specification 4CX backhoe loaders with attachments to the stricken country where the worst floods in decades have left millions people homeless and where rebuilding costs are expected to be in the region of $17 billion.

Anthony said in a written statement: “Britain has been leading the way with the level of its donations to Pakistan, and as a British manufacturer I am keen for us to help in any way possible and hope that JCB’s donation of machines can assist in some small way.”

It is not the first time that JCB has helped Pakistan in times of natural disaster. After the 2005 earthquake, the company donated excavators to help in the clean up operation.

Earlier this year JCB donated equipment to help the disaster relief effort in Haiti following the devastating earthquake that killed around 220,000 people. This was followed by assistance worth $100,000 to help in the rebuilding efforts in the wake of the Chilean earthquake disaster. Sir Anthony donated a 3C backhoe loader complete with attachments and spare parts to help with reconstruction efforts in the country’s second city Concepcion which was hit by an 8.8-magnitude quake, killing more than 700 people.

The contribution to the aid effort follows a series of other JCB machinery donations in recent years to other parts of the world hit by natural disasters, including the 2008 earthquake in Sichuan Province in China, when six backhoe loaders worth over $600,000 and a team of operators were sent from the company’s factory in Shanghai to help the clear-up effort in the region. JCB also donated machines to help in the aftermath of the Asian Tsunami in 2004. 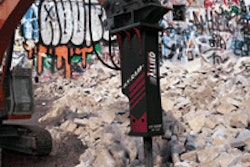 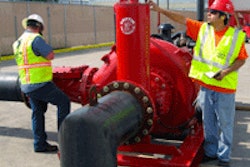 Griffin Non-Clog Pumps Power Through Both Water and Debris 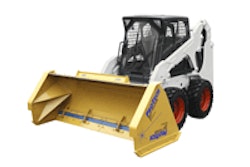