Civilian Flaggers: Are they worth it? 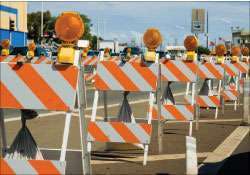 Massachusetts has saved nearly $12 million in the year-plus since it started using civilian flaggers to direct traffic at some road construction sites, state officials say, providing factual underpinning to what has become a hotly debated issue in the 2010 gubernatorial election campaign, according to the Gloucester (Mass.) Daily Times.

A job-by-job breakdown provided to The Associated Press shows how the state saved $28,000 during four relatively slow days in May by paying lower wages for flaggers to either replace or supplement the police officers who formerly had exclusive rights to stand watch over highway and side-road work zones.

Essex Police Chief Peter Silva said he’s still not convinced. “The savings that are being described may be mirage-like,” Silva said. “They are telling us that this is going to save us a substantial amount of money; I want to see where the savings are.” Silva also highlighted the dangerousness of the work, and the value of having extra police officers on the road. “It’s second to none having a police officer on a work site,” he said. “They have instant communication with the police, ambulance, and fire officials in our community, which the flaggers currently do not have.”

A gap in funding will lead to a gap in a busy stretch of roadway in West Virginia, say state highway officials.

Officials with the Department of Highways are floating the idea of tolls to help fund the reconstruction of a 14.6-mile stretch of U.S. Route 35 from Buffalo to Henderson. The unfunded two-lane stretch lies between a completed piece of widened U.S. 35 and another portion slated for completion this fall. “As this gap section gets narrower and narrower, the issues of safety become more and more,” Greg Bailey, DOH director of engineers, told a public meeting in Winfield.

Between $200 million and $250 million is needed for the yet unfunded stretch, which has a long history of fatal accidents, says Putnum County Commissioner Steve Andes. “There’s more truck traffic on the stretch of road than I think on any other road certainly in West Virginia and the surrounding area,” he says.

DOH has yet to decide on a final funding package, says Bailey, but even with tolls, “the amount of revenues that appear we could generate is not enough revenue to complete the entire 15 miles of highway construction. We would have to take some of our normal construction funds and apply it to the project.” Without local tolls, the road would be built as funding become available, one mile at a time, DOH spokesman Brent Walker has said.

Some area residents attending the public meeting balked at the idea of having to pay $1-$4 to travel U.S. 35 each time out. “We’ve already paid for that road,” said Frazier’s Bottom resident Rob Logus. v

Kirk Landers sure holds onto a grudge, doesn’t he? (“Failure to Bash,” July) Why else would he feel compelled to write today about events that happened almost a decade ago?

I can’t speak to Mr. Landers’ experience in 2001. I wasn’t with FHWA at the time, the current public affairs staff was not here, nor was our Administrator, Victor Mendez. Mr. Landers acknowledges an “aversion” for government employees, meaning the deck was probably stacked against any staff member he dealt with.

But beyond his personal experience, Mr. Landers raises questions about the role of FHWA, the professionalism of our communications staff and the quality of the information we provide the public.

FHWA works in partnership with the states to create a highway system that is second to none. Under the leadership of Administrator Mendez, we are constantly looking for ways to provide the best service to the American people. An experienced, professional communications staff – knowledgeable in everything from asphalt temperatures to work zone safety – works hard every day to help keep the public informed.

Administrator Mendez demands accountability and transparency in all aspects of our work. Our FHWA website is rich with information and our contributions to recovery.gov – the government’s web-site dedicated to the Recovery Act – include contract data, pictures and descriptions of projects, even interviews with workers.

It would be hard to find a federal agency that provides more information than we do.

Again, I can’t speak to events that may or may not have taken place nearly 10 years ago. What I can tell you is that the people of FHWA work tirelessly to enhance safety, improve our infrastructure, strengthen our economy and create jobs. Perhaps it’s time Mr. Landers stops holding onto 10-year-old encounters and starts focusing on 21st century transportation opportunities.

The Obama Administration has provided $300 million to, as Secretary of Transpiration Ray LaHood puts it, expand the Administration’s livability initiative agenda, to fuel economic recovery for local communities

The funds, being made available through two competitive grant programs, the Urban Circulator Grant Program and the Bus and Bus Livability Grant, mean that “residents in dozens of communities nationwide will soon enjoy major transit improvements, including new streetcars, buses, and transit facilities.”

The investment, actually $293 million, is part of the Obama Administration’s livability initiative to better coordinate transportation, housing and commercial development investments to serve the people living in those communities, said the secretary.

“This investment by the Obama Administration in our nation’s communities will create jobs, boost economic development and recovery, and further reduce our dependence on oil,” Secretary LaHood said. “Our goals are to provide cleaner, safer, and more efficient ways to get around.”

“Streetcars are making a comeback because cities across America are recognizing that they can restore economic development downtown – giving citizens the choice to move between home, shopping and entertainment without ever looking for a parking space,” said FTA Administrator Peter Rogoff. “These streetcar and bus livability projects will not only create construction jobs now, they will aid our recovery by creating communities that are more prosperous and less congested.”

The six cities that submitted successful Urban Circulator proposals include Dallas and Fort Worth, Texas; Chicago, Ill.; St. Louis, Mo.; Charlotte, N.C.; and Cincinnati, Ohio. The six projects were selected from 65 applications totaling more than $1 billion in requests. Construction of bus facilities and new bus and bus-related purchases will move forward in the 31 states where 47 Bus and Bus Livability projects are located. These projects were selected from 281 applications totaling over $2 billion in funding requests.

The Obama Administration’s Livability Initiative is a joint venture of the U.S. Department of Transportation, the U.S. Department of Housing and Urban Development, and the U.S. Environmental Protection Agency. Projects were eligible to receive up to 80 percent in federal funding, with a maximum of $25 million for Urban Circulator projects.

It seems like a fair question. If hybrids run on electricity (and only electricity, not the ones that also use gasoline) should owners contribute fuel taxes when they fill up? Especially when stimulus dollars are involved.

There are more than 200,000 electric hybrids on America’s roads relying on internal generators. A relative handful get their power by plugging into an electric outlet. [Should they be called hybrids if they are all electric?] In the fourth quarter of this year, with much fanfare, both Nissan and Chevy will roll out new plug-ins.

But you don’t just pull into any old gas station to refuel if you are away from home. Today there are approximately 450 public electric refueling stations out there. Millions of dollars from the American Recovery and Reinvestment Act (ARRA), that is, ‘stimulus’ money, has been handed out to two companies that deal in public refueling stations for plug-in electric vehicles.

Some new owners will get free charging stations, worth more than $2,200 thanks to the stimulus grants. The idea is that data recorded by stations will help the efficient future development of public charging stations nationwide. 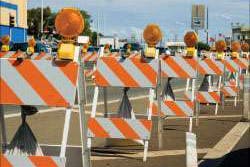 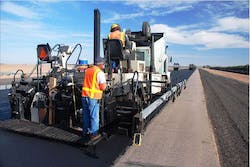 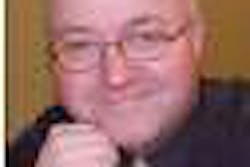