From day to day, the evolution of construction equipment is easily lost on even those of us who try to follow such things. A product seemingly shows up as a novelty one day . . . and, before you realize, it’s part of the mainstream and being offered in the full product lines of just about every manufacturer in the “yellow iron” business.

Zero- or reduced-tail-swing excavators were once dismissed from New Orleans to New Brunswick as “those funny-looking machines from somewhere over there.” Over there, of course, meant Asia or Europe. Sure, the odd one might show up pulling out asphalt in a dingy New York City alley or digging out a utility line squeezed between two cute Chicago bungalows, but such a job was mostly a sideshow. To move real dirt, we needed a real excavator with a big ol’ butt. Or so we believed.

Even as homegrown manufacturers (well, at least those manufacturers with products saddled with homegrown brands) rolled out “new” zero-tail-swing excavators and made them members of their full-on product families, there still remained a thought by some people in our geographical market that these machines would remain small, both in size and impact. Fine, sure, for what we then called the rental market, many of us believed.

Well, the naivety of it all struck me like a steel-toed boot to the knee as, for the August issue of Randall-Reilly sister publication Equipment World, I sifted through materials submitted by the dozen-plus manufacturers offering 30- to 40-metric-ton crawler excavators to North American users. That Volvo produces the ECR305C L and Caterpillar has the 328D LCR as designated compact-radius machines was not the surprise. In fact, both models have rightly been widely reported and recognized in the industry. They are known and they are understood, at least individually.

What jolted my world was the sudden realization I was typing about them in the same paragraphs I was referencing conventional 30- and 35-metric-ton excavators. Those particular “big butts” aren’t compact; heck, some people wouldn’t really even consider them mid-sized, reserving that tag for excavators competing in the ever-popular 20-metric-ton class. No matter how you tally it up, 30-metric-ton excavators are big machines, used to dig big holes, load big trucks, and create big space for big projects.

Volvo claims the short-swing ECR305C L will produce like a conventional 30-metric-ton machine, but within the workspace of a single lane of roadway. Likewise, “the 328D LCR is built to perform big jobs in tight spaces.” That’s all music to the ears of road builders, certainly.

Next time around, could we be waxing poetic about the reality of a compact-radius crawler excavator competing in the 40-metric-ton class? The 50-metric-ton class? Higher? Well, not that long ago, the thoughts of one beyond “compact” seemed outrageous, didn’t it?

Big butt or not, there’s always room for the equipment industry to grow, apparently. And that’s a good thing.v

To comment or join a dialogue on Mike’s column go to our website, www.betterroads.com, and have at it. You’ll find the column under the Current Issue button. 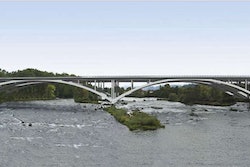 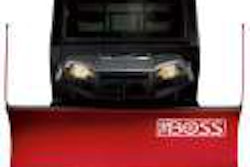 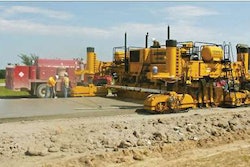