The company claims that the equipment can save a potential 16 percent in fuel consumption, according to the April 19 edition of the Bauma 2010 Daily News e-newsletter. (No press releases on this were available on the JCB Website.)

The revised machines feature a host of technologies aimed at making these the most efficient machines that the firm has built, according to the e-newsletter.

The technology that surrounds these machines is the company’s EcoDig system, which now incorporates three hydraulic pumps rather than the previous two hydraulic pumps.

According to the Bauma 2010 Daily News, the EcoDig system allows for the same hydraulic pressures and flows as before, but produced using lower engine rpm. Operators are able to select from two operating modes, Eco and low flow, to optimize productivity and machine control. The three-pump system also contributes to faster extradig extending dipper operation, further reducing cycle times.

For basic specs on the 4CX14, 4CX15 and 4CX17, go to the Website page for this series of backhoe loaders. 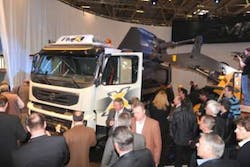 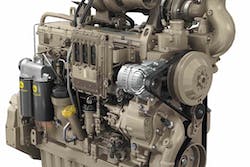 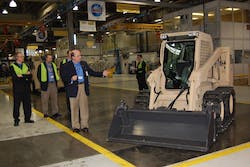