Elton Long, best remembered for designing and manufacturing the first tractor loader/backhoe integrated from the factory and warranted by a single OEM, was inducted in November into the Association of Equipment Manufacturers’ Construction Equipment Hall of Fame, the industry’s highest award.

Long’s innovation propelled Case Construction Equipment into a position of category leadership which continues today. Long’s credits go beyond being the primary engineer responsible for designing the Case 320 loader/backhoe; he earned dozens of patents during his career, and his legacy of innovation and success continues to influence the construction equipment industry. Long lived from 1921 until 2003.

“Elton Long’s induction into the Construction Equipment Hall of Fame is a great honor for his family, as well as his ‘extended family’ at Case,” said Case Construction Equipment Jim McCullough, president and CEO, in a written statement about Long’s induction. “We are pleased to accept this distinguished recognition of Mr. Long’s many significant contributions, his innovation and his leadership.”

AEM added Long to its Construction Equipment Hall of Fame at an induction ceremony in Miami, Fla., during its annual conference.

A judging board comprised of impartial representatives and experts from major industry associations elected Long to the Construction Equipment Hall of Fame. The judging panel evaluates nominees based on the extent to which they exemplify the Hall of Fame’s five guiding principles: innovation, industry contributions, leadership, corporate citizenship and sustainability.

Long made his biggest impact on Case and the industry when he led the team that developed the first factory-integrated loader/backhoe, shipping the first unit – the Model 320 – on Feb. 27, 1957.

With the loader/backhoe, Long and his team created a machine that provided many advantages over the retrofit approaches of other manufacturers. The integrated loader/backhoe was compact and easy to handle in a variety of applications, including jobs previously done by hand. Its integral design accommodated the different types of loading, digging and carrying requirements the machine would experience, and resulted in a manufactured product tough enough to withstand the combined stresses of various construction, agricultural and industrial applications.

Prior to the Case loader/backhoe introduction, typical loaders and backhoes of that era were not used in heavy construction. Loaders were mostly used in agriculture, rarely lifting anything heavier than manure or hay bales. Neither loaders nor backhoes had much digging capacity.

Upon his retirement in 1984 as vice president of engineering at Case, Long had received 46 patents for his work in designing and improving construction equipment, including the hydraulic Extendahoe™ extendible dipper stick that added 2.5 feet to the backhoe’s dig depth. It continues as a popular option more than 40 years later.

Born in 1912 in Springfield, Ill., Long came of age during one of the most difficult and defining periods of American history. In 1940, he enlisted in the army as an aircraft mechanic. He later attended flight school and received his wings as a P-47 fighter-bomber pilot in 1943. Long went on to earn 16 Air Medals, a Purple Heart and the Distinguished Flying Cross after flying 100 missions over France, Belgium and Germany. In 1945, Long left military service as a highly decorated captain, but continued serving for 35 years in the Air Force Reserves.

Long accumulated many industry honors during his distinguished career, including the Steel Founders’ Society of America “Gold Award.” He was also recognized among the industry’s 100 most significant contributors by the Equipment Manufacturers Institute (now the Association of Equipment Manufacturers) in 1994, along with fellow honoree Henry Ford. 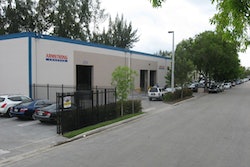 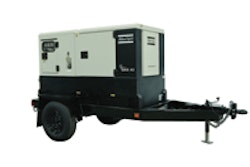 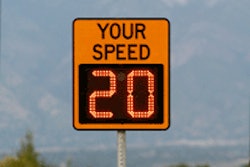