Who’s Cleaner on the Job? It’s Hybrid vs. Diesel

Scientists at the University of California-Riverside’s Center for Environmental Research and Technology have received a $2 million contract for a first-of-its-kind study of hybrid construction vehicles.

The two-year project, which is being funded by the California Air Resources Board (CARB), will allow researchers to evaluate the emissions-reduction benefits of two commercially-available hybrid construction vehicles: a Caterpillar dozer and a Komatsu hydraulic excavator.

“Hybrid construction vehicles are just now becoming available,” Kent Johnson, an assistant research engineer at the Center for Environmental Research and Technology and the principal investigator on the project, says in a written statement. “We have been asked to use our emissions-testing experience to quantify what their benefit is.”

Little is known about the potential benefits of hybrid technologies for construction equipment because of their unique and diverse duty cycles. Manufacturers say the hybrid vehicles reduce fuel needs by 20 percent and cut emissions by 30 percent, according to Johnson. Vehicles behavior will be characterized on a second-by-second basis during in-use operations at construction sites using portable emission-measurement systems. Researchers will design standardized tasks, such as lifting a heavy object.

How do I Toll thee? Let me count the ways?

Earlier this year, the Tollway’s board of directors discussed new goals for the agency’s electronic tolling system, including:

• a strategic redefinition of the Tollway’s business rules, including policies, processes and procedures;

• enhanced transparency and accountability, including better monitoring and reporting;

• enhanced flexibility to accommodate change; and

The Illinois Tollway is a user-fee system that receives no state or federal funds for maintenance and operations. The agency maintains and operates 286 miles of Interstate tollways in 12 counties. Approximately 84 percent of all transactions on the system are electronic, coming from more than 4.3 million active transponders and more than 3.2 million active I-PASS accounts.

The Tollway plans to have a new electronic tolling system in place before the end of 2014. RFI written responses are due to the Illinois Tollway on Nov. 23 by 10:30 a.m. Find out more at illinoistollway.com

Remember the classic Cash hit “One Piece At A Time” about an auto plant worker stealing one part at a time until he had a sort of new Cadillac? Took years. Now reports out of Pennsylvania say thieves were taking a bridge a bit at a time. Seems they cut a 50-foot-long, access-road steel bridge across an isolated creek in the woods into 3-foot-long sections. Then, unlike Cash who just drove his creation, they sold their 15 1/2 tons of steel as scrap for $5,000. Bad move. You know what happened. Someone noticed their bridge was missing. Two 20-something brothers were arrested.

The Missouri DOT (MoDOT) is spearheading extensive research on the environmental benefits of using concrete made with a new cement product in the construction of highways. The cement used in the concrete is blended with photo-chemically-active titanium dioxide (TiO2). Marketed under the trade name “TX Active,” TiO2 is capable of reducing environmental pollutants from vehicle exhaust.

Starting this fall, the mainline pavement material will be applied using a two-lift paving strategy, which involves the placement of two wet-on-wet layers of concrete instead of a single, homogeneous layer. The lower, base-level layer is expected to be constructed with less expensive materials (e.g., a low cementitious-material content base lift) that will then be overlaid with a thinner top wearing-course of concrete containing cement blended with TX Active.

The shoulder pavement element of this research effort involves cement blended with TX Active. In this instance the cement blended with TX Active will be used in a pervious (rather than conventional) concrete application. Together, this set of innovative mainline and shoulder paving materials, including both a two-lift photocatalytic mainline pavement and a photocatalytic pervious shoulder pavement, are believed to represent one of the most technically-advanced and environmentally-friendly concrete pavement systems ever employed, according to MoDOT.

The California Departments of Transportation and Fish and Game have been recognized by the Federal Highway Administration for their work to protect wildlife and habitat.

The FHWA Exemplary Ecosystem Initiative Awards honor projects that are unique in geographic scope, use cutting-edge science or technology, have high environmental standards, achieve high-quality results, or are recognized as noteworthy by environmental interests. In 2011, the FHWA recognized just 12 projects.

California’s Essential Habitat Connectivity Project identifies ways to lessen the effects of transportation infrastructure projects on wildlife connectivity. The project identifies and maps corridors between large intact habitat areas, which may inform decisions related to the location of construction for highways, railways, or solar-energy projects. Links to view the maps and download the geographic information system (GIS) data and reports are at dfg.ca.gov/habcon/connectivity/

Also recognized was the Madera Pools Restoration and Mitigation Site Project, which combines individual mitigation projects for vernal pools across Madera, Kings and Fresno counties into a single 198-acre site and makes it more valuable as quality habitat. 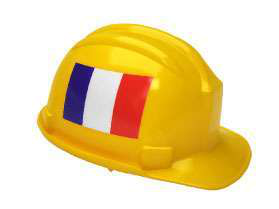 Two big indicators from the City of Light: positive worldwide growth forecasts for construction equipment and 90 percent of the exhibit space for next April’s giant Intermat 2012 trade show in Paris is already sold.

The Intermat folks in Paris say the industry numbers for 2011 are more favorable than for 2010, and that the sector is recovering its dynamism, with worldwide growth anticipated to reach some 11 percent this year.

“Eight months before Intermat 2012, we have excellent participation rates,” says Maryvonne Lanoë, exhibition manager. “Industrialists are showing confidence in their sector, which is a good omen for a business-inducing show. Moreover, the market is up to scratch and booming, with a stable number of jobs.”