Yes, it’s a bit worn in spots. But let there be no doubt the Eisenhower Interstate System remains both the envy of many of us who hail from other nations and a shining example of what leaders in this country can do when they set their minds and hearts to it.

And what I truly appreciate most about the Interstate System is the ability I, as a motorist, have to hop off at a moment’s desire to explore any of this nation’s countless wonderful communities, and then to hop right back on and speed off to the next destination.

My favorite hop-off/hop-on spot? Well, maybe it’s all about being a little guy, but near if not at the very top of my list is . . . Erie, Pa.

Located about halfway between Buffalo and Cleveland –physically and metaphorically – Erie is one of those classic Rust Belt towns that just refuse to be kicked to the curb. It’s gritty, in every wonderful definition of the word.

And, true to form, Erie provided the highlight of my 2011 wanderings. You see, pulling off the Interstate, finding a humble diner, grabbing the local paper on the way in and plopping down on a lonely stool at the counter has forever been a personal weakness – and one I absolutely live for. Little guy, little going on? Sure. But I’d rather be Dreary in Erie than Lost in L.A. any day.

So, what set Erie apart from Battle Creek, Mich. or Needles, Calif. or Bowling Green, Ky. this year? Well, it all has to do with that local paper I dine with. It was the very end of August and, chewing my eggs, I read the section-front coverage in the Erie Times-News about the prior evening’s conclusion of a local waterfront summer concert series. Ray Schreckengost, executive director of the Erie-Western Pennsylvania Port Authority, told reporter Ron Leonardi: “People love this. First of all, free goes really well in Erie.”

If I didn’t know before why I love that town, I did right then. Forget news from Capitol Hill, the U.N. or Libya – Mr. Schreckengost delivered the Quote of the Year.

From Erie, it’s either east or west along Interstate 90, or straight south on Interstate 79. Pick your next stop: Buffalo, Cleveland or Pittsburgh. Or, better yet, Fredonia, Mentor or Slippery Rock.

Free really couldn’t go well in those towns, too, could it? Well, next trip, we’ll just have to get off the Interstate and find out, won’t we? 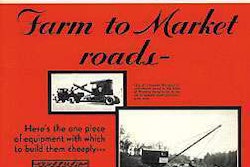 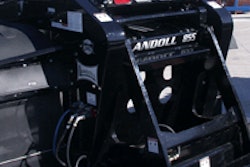 Stop, tail and turn light bar for the Landoll 800 Series 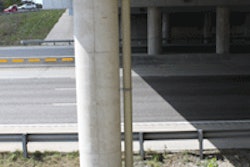