“We have workers who need jobs and a country that needs rebuilding; an infrastructure bank would help us put them together.”  President Obama, this week.

It’s not exactly deck chairs on the Titanic; it’s more like taking the slow train to a destination we have to get to when a faster one is available. There is a clear argument for an infrastructure bank and it has the potential to create jobs. But not as fast as an adequately-funded surface transportation act.

On July 11 the president, then pushing for a deficit deal, said such a deal would enable transportation job-creating moves like setting up an infrastructure bank.

“Could we imagine a project where we’re rebuilding roads and bridges and ports and schools and broadband lines and smart grids, and taking all those construction workers and putting them to work right now?  I can imagine a very aggressive program like that, that I think the American people would rally around and would be good for the economy not just next year or the year after, but for the next 20 or 30 years. But we can’t even have that conversation if people feel as if we don’t have our fiscal house in order.”

If we keep talking about future job-creation down the line and future income-generation, as we have done since SAFETEA-LU went on to life support, we will not find a short-term solution to the massive, immediate problem of insufficient funding for transportation infrastructure. The fast train, the Gas Tax Express, hasn’t left the station, but here we are sitting on the slow train waiting for it to pull out. 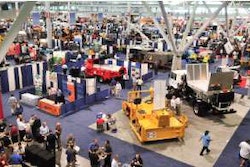 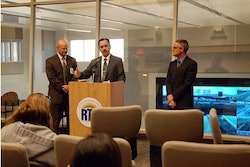