A Closer Look at the Mica Proposal

It’s a start. Give the Chairman credit for getting us beyond hot air and into a document.

Reading through John Mica’s House Transportation and Infrastructure Committee’s reauthorization proposal and there’s no way to avoid the obvious reaction: this is not a lot of money.

There are of course three major factors chairman Mica uses to balance this ‘$230B over six years’ underfunding: it’s all that could be done by House rule; it is six-years long so at least states can plan major, (i.e. long term) projects; if you work it out, with some very basis top-of-the-head mental math, the value from incentives and savings that come from streamlining and waste-elimination, it’s really worth twice as much.

Mica calls the proposal “fiscally responsible.” That’s so, he says, because “Congress must align its spending with the amount of revenue collected (from the Highway Trust Fund [HTF]” in this case) according to House Rule 21. It’s a Republican move from this Congress and Mica says it leaves little wiggle room. The one area he may be able to find some room to maneuver is when asking the House Ways and Means Committee to do something innovative when it comes to working out the details of the financial machinery of the bill.

The HTF brings in $35 billion a year, so that’s what can be paid out. And thus the HTF stays “solvent well into the future.” Mica is adamant that the (Democrat) Senate proposal for a two year bill would lead to a 50 percent cut in outlay in 2013 and then bankrupt the fund. More on that another time.

The proposal offers states more flexibility in their project choices and priorities and more authority over them when it comes to allocating Washington’s dollars. It would also allow states to be more in control of tolling, although the Committee and the Administration do agree on one toll principle: you can’t toll existing highways/lanes only new ones. The proposal would let states do more with State Infrastructure Banks (SIBs) – Mica is not a fan of a federal infrastructure bank. It beefs up the TIFIA (Transportation Infrastructure Finance and Innovation Act) loan program and it tries to clear the way for PPPs.

Private money it out there, says Mica, but unless you can give the private sector some real deadlines – and a streamlined approval process – you won’t get as much of it as you could, or should, get.

Mica has gone after red tape – with much the same zeal his predecessor Jim Oberstar did – and aims to cut project delivery time in half. The proposal includes delegating more authority to states and setting hard deadlines for federal approvals but its key anti-red tape proposal is that environmental reviews could be done concurrently rather than consecutively.

There are over 100 federal surface transportation programs. The proposal would consolidate or eliminate 70 of them. Here again Mica is on the same track as Oberstar and current Secretary of transportation Ray LaHood, also zealots for streamlining.

The questions now are when will we see something in legislative language (and not just what amounts to a discussion paper); how contentious the debate on the bill will be; how will the House and Senate find a way to talk the same language; how will Republicans and Democrats find a way to talk the same language (there were no Democrats at Mica’s announcement press conference and Committee ranking member Nick Rahall called the proposal “the Republican Road to Ruin”); and what sort of timetable can we expect to see if this bill, or any bill, is to make it into law this year? 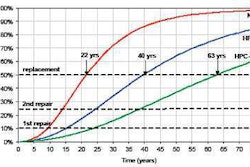 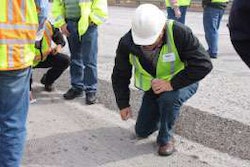 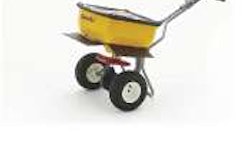