The Association of Equipment Manufacturers (AEM) has called on Congress, Transportation Secretary LaHood, and the Federal Communications Commission (FCC) to stop what the organization says is a “threat” in the U.S. to Global Positioning Systems (GPS) posed by LightSquared, the company planning to deploy a nationwide broadband internet infrastructure of 40,000 ground stations.

Slater said in the statement that implementing LightSquared’s plan “would add unnecessary burdens to the U.S. economy.”

A study just released by the Coalition to Save Our GPS reveals that the stakes in this issue are very high and very real for our struggling economy. The numbers are staggering: more than 3.3 million jobs depend on GPS technology and the direct economic cost to U.S. commercial GPS users and manufacturers could be $96 billion.

“Allowing LightSquared to move forward with its plan would heighten uncertainty at a time when we are already economically challenged,” Slater says. “Implementation would hurt two key machinery manufacturing areas represented by AEM, agriculture and construction.”

According to one AEM-member company, the LightSquared plan could degrade most if not all GPS receivers as far as 22 miles from one of the 40,000 transmitters, Slater says.

“The harm to highly-productive precision agricultural practices is clear. Farmer business plans depend on GPS information such as yield data, harvest weights, moisture data, and other precision agriculture data,” Slater says. “Interference with GPS signals up to 22 miles away would devastate productivity and impede U.S. agriculture ability to help meet the compounding worldwide demand for food.

“In construction equipment manufacturing, we are still recovering from the severe downturn of 2008-2009 and additional trouble for our industry is at best unwelcome,” Slater continued in the statement.

In a letter to LaHood, the TCC coalition explains that “Increasingly, the technology is used to map and survey construction sites including the location of buried and overhead utilities, facilitate precision grading and enhance material application. It is also used to prevent theft of construction equipment, and provide real-time monitoring for equipment maintenance. This GPS technology helps improve worker safety, reduces project delays, reduces fuel consumption and produces a more efficient worksite. Any interference with these signals would be extremely disruptive to the many benefits GPS has brought to construction sites.”

The TCC letter also makes it clear that “We do not object to the goals of increasing wireless data capacity and competition but the available test data has shown overwhelming interference, and LightSquared should not be allowed to launch in the spectrum adjacent to GPS and jeopardize construction operations.”

Slater adds: “We respectfully ask Congress and the Administration to stop the LightSquared plan.” 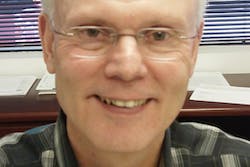 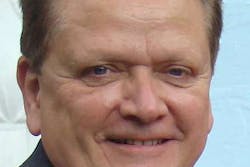 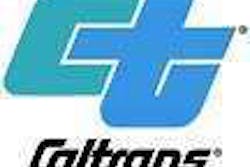 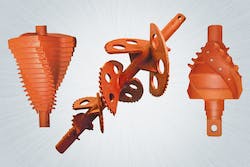