The NDA has recognized exemplary students with scholarships for more than 10 years.

“These students have demonstrated a commitment to serve the local community while maintaining a high level of academic achievement and we’re pleased to salute them,” said Michael R. Taylor, CAE, executive director of NDA .

The Bill and Wanda Baker Scholarship was presented to Diana Anaya of Cicero, Ill. Anaya, a graduate of J.S. Morton East High School in Cicero, was nominated for this award by Alpine Demolition Services, Batavia, Ill. She plans on attending college and studying mathematics and education.

The Patrick H. O’Rourke Scholarship was given to Stephanie M. Smith of Mapleton, Minn, a student at the University of Wisconsin, La Crosse. The scholarship’s sponsor is Blue Earth Environmental Co., Mankato, Minn. A 2010 graduate of Maple River High School, Smith is majoring in accountancy at UW.

The National Demolition Association Scholarship was awarded to two members of the class of 2011. Zachary T. Vaughn of Concord, Ohio, is a graduate of Saint Ignatius High School, also in Concord. He was sponsored for the scholarship by National Metal Trading, Willoughby, Ohio. A student leader and athlete who exhibited outstanding academic achievement, Vaughn will attend college in the fall.

Kelsey Johnson of Bartlett, Ill., a graduate of Streamwood High School, Streamwood, Ill., was also a recipient of the NDA Scholarship. She was sponsored by Brandenburg Industrial Service Co., Chicago. Johnson was ranked third in her class, a varsity athlete, and involved in the Special Olympics. She plans on attending college in the fall.

The Sims Adams Scholarship was awarded to Erin Olesen of Unionville, Ct. She was sponsored for the award by NDA member Manafort Brothers, Inc., Plainville, Ct. Olesen, a 2009 graduate of Miss Porter’s School in Farmington, Ct., is currently a student at Claremont McKenna College. There she enrolled in the tutorial program in Philosophy, Politics, and Economics. 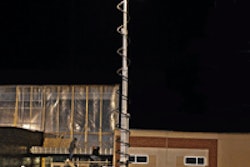 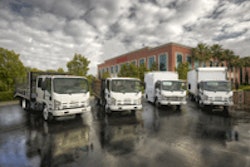