It’s like everyone in Washington involved in trying to put a viable new surface transportation bill into action are playing the same silly game. Everyone knows its silly, but they keep on playing.

Here’s an example from last week:

That’s an AASHTO press release that serves my purpose. We all know that without raising the gas tax there isn’t enough money to be found to fund an adequate  successor  to SAFETEA-LU this year (or next). But politicians claim to be frustrated when there is no reason to be — they are asking an unanswerable question, and apparently doing so with s straight face. This is like a football coach sending his kicker out time after time to try 85-yard field goals and saying he’s frustrated that they are not being made.

I am reminded of being at the U.S. Chamber of Commerce in D.C. shortly after SAFETEA-LU ran out and the chamber’s transportation lobbyist Janet Kavinoky made the point that there are no other sure-fire ways to fund a new bill right now. If there were, she said, we’d have thought of them. That wasn’t hubris, that was reality. Some very sharp transportation minds have worked on the question and found no magic bullet.

Bet you some more politicians ask the same unanswerable question and claim to be  frustrated by the inevitable non-answers. 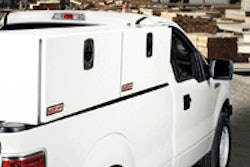 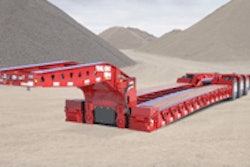 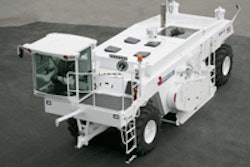 Roadtec Rolls Out New Addition to its Soil Stabilizer/Reclaimer Line