Oscar Levant once said that behind the phony tinsel of Hollywood lies the real tinsel. So it is with Las Vegas, although in Sin City the attempt to pretend there’s substance beneath the facade is a little less intense. It’s a grittier place than Hollywood

CONEXPO in Las Vegas is the world’s largest construction equipment show every third year, as it was last month. It is our best construction industry barometer for the year ahead. This year it needed to be a hit show. It needed substance.

Someone else once said that if you put 12 economists in a room you’ll have 13 opinions. So my take on the event is just that, mine. I’m hesitant to be overly optimistic because recently economic optimism has been premature too many times. The wheels came off the ground but bumped back down again.

But there were signs of substance in Las Vegas.

OEM executives talk in code at trade shows. Everything is always going well. But sometimes the body language and the jargon reveal more, and I think they did this year, something between a collective sigh of relief and excitement. The OEMs brought a very wide range of equipment, booths sprawling with new and upgraded models they have invested in. Either they opened wide the check books because if this show didn’t explode maybe we’d never recover so make it look good, or they are investing in what they see as, finally, some long term substance to the recovery. The evidence suggests the latter. It also suggests that the climb will but slow and shallow, at least for the next year. But, right now, steadily upward is a good direction.

There was also evidence that the global economy is becoming more entrenched, more influential. America’s OEMs have been getting some vital income from exports and that has helped them stay the course. Their future is found not only in their U.S. plants but in facilities all over the world. The folks from France’s Intermat, and top executives from Germany’s bauma, the world’s biggest construction equipment trade shows in 2012 and 2013 respectively, were there. This business is cyclical so they needed the U.S. show to kick start a new cycle to get us off the ground. My impression was that they left satisfied.

That’s my take, but give me a break because recognizing the reality behind the hyperreal is difficult in this town. Stopped at a traffic light on Paradise Road not far from the Convention Center, a long, wide, 1956 pink Cadillac pulled up beside us. Elvis was driving. He waved. We waved. Viva Las Vegas. v 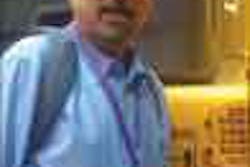 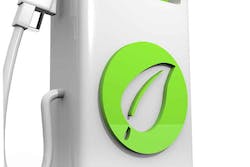