As finalists for the 28th annual Goodyear North America Highway Hero Award, a Texas truck driver administered life-saving CPR to a victim of a high-speed crash; a Washington truck driver pulled an unconscious driver from a car seconds before it was struck by a train; a Nebraska truck driver provided aid to a driver who had sustained life-threatening injuries after falling asleep and striking his rig; and a Florida truck driver stopped his 18-wheeler and applied his emergency medical training to help save a seven-year-old girl who had stopped breathing.

“These four individuals represent the thousands of professional truck drivers who work every day across North America. Each year, this program offers an opportunity for recognition of those who put their lives on the line to help others,” Joseph Copeland, vice president for commercial tire systems for The Goodyear Tire & Rubber Company, said in a written statement.

“This year, our honored truck drivers all helped to rescue strangers who were in life-threatening peril. In each case, these drivers were able to literally save a life,” Copeland continued. “Time after time, truck drivers have emerged as bona fide heroes. When individuals along North American highways have needed assistance, truck drivers have stopped to help, and sometimes put themselves in harm’s way.”

For the 2010 award, the finalists are the following:

Jaime Avitia, of El Paso, Texas, a driver for Stagecoach Cartage. Early in the morning of Aug. 31, 2010, Avitia was driving on I-10 on his way to a company facility in Laredo, Texas. Beneath I-10 at this point is Highway 17 and a dead-end service road, where he noticed a pickup truck driving at high speed. He watched as the pickup suddenly left the roadway, hit a concrete drainage culvert nose-first, flipped into the air and landed upright.

Avitia quickly stopped his truck, grabbed a flashlight and first-aid kit, and ran down the embankment toward the accident. Upon reaching the truck, he opened the front door, but couldn’t find anyone inside. He then realized the driver – not wearing a seatbelt – had been thrown into the back seat of the crew cab. Unable to find a pulse, Avitia was able to kneel on the front seat, squeeze between the arm rests and administer CPR on the man. After four chest compressions, the man finally coughed and began to breathe. As another man approached the wrecked pickup, Avitia told him to call 911. Until paramedics arrived, Avitia applied a towel and gauze to the man’s bleeding head and kept him comfortable.

Tilden Curl, of Olympia, Wash., a driver for Tecco Trucking. Just after noon on Oct. 27, 2010, Curl was driving southbound on Highway 99 near Tulare, Calif., when a vehicle appeared to lose control and cross traffic, leaving the highway and finally coming to a stop with its front wheels lodged over the railroad tracks that run parallel to the highway.

Curl stopped his truck to check on the car, then noticed a train was coming. An elderly woman exited the passenger side of the car, and Curl yelled for her to get clear of the tracks. He then noticed that the driver was unconscious and trapped inside. At first, the door couldn’t be opened, but Curl was able to squeeze his arm inside and unlock it. Working quickly, he was able to unfasten the man’s seatbelt and drag him out of the car and away from the area just seconds before the train collided with the stranded vehicle.

Bill Howard, of Litchfield, Neb., a driver for Howard Transportation. As Howard drove on Highway 2 near Ravenna, Neb. on May 22, 2010, a car crossed the center line and struck his rig that included a grain trailer. The female driver had fallen asleep, allowing the car to drift into the truck’s drive wheels, then underneath the trailer before coming to rest alongside the road.

When Howard stopped his truck to check on the condition of the driver, he found she had sustained life-threatening injuries, including a nearly severed arm, two broken legs, and injuries to her face and head. Keeping his cool, Howard was able to provide aid to the severely injured driver. He secured her injured arm with a shirt and kept her from bleeding to death. Two firefighters who were en route to a training class came upon the accident and helped Howard in the efforts to save the woman’s life.

David Nelson, of Orlando, Fla., a driver for Werner Enterprises. On Feb. 2, 2010, while driving on I-20 near Birmingham, Ala., Nelson was flagged down by a woman who had just lost control of her vehicle and hit a road sign. Nelson pulled over his truck when no one else was willing to help, despite the woman’s pleas.

Upon stopping, he approached the car and discovered the woman’s seven-year-old daughter was not breathing. To make matters more intense, he learned the child had a previous heart condition, and had experienced trauma during the accident. A certified EMT for 25 years, Nelson placed the girl on the ground and performed CPR until emergency personnel arrived. Because of his quick actions, the girl is alive and healthy.

Journalists from the trucking industry are now voting on the finalists, who will be featured March 31 at the Mid-America Trucking Show in Louisville, Ky. One driver will be named the 2010 Goodyear North America Highway Hero at the Truck Writers of North America Annual Banquet and receive a $10,000 U.S. Savings Bond, a plaque and a specially designed ring; the other finalists will receive a $5,000 U.S. Savings Bond and plaque.

Founded by Goodyear in 1983, the Highway Hero program recognizes professional truck drivers and the often unnoticed, life-saving rescues and roadside assistance they provide as their jobs take them across North America.

For more on the program, go to https://www.goodyeartrucktires.com/. 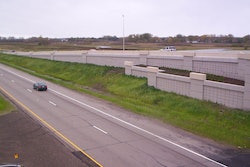 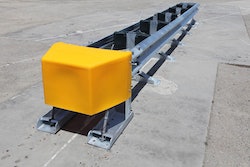 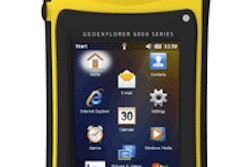