Playing with a New Deck

The rules of the transportation funding game have changed in Washington.

Rules about how things may be, can be, should be and are done on Capitol Hill are rarely written simply. And if they are, they rarely function simply.

Some of the key rules pertaining to Reauthorization and the Highway Trust Fund (HTF) have been changed by the new Republican majority in the House. Transportation and highway advocacy groups say the changes could create major problems for the recovery of the transportation infrastructure industry, i.e., highway and bridge contractors and state transportation agencies.

It is worth disentangling these changes because understanding what has happened allows us to follow the next moves. SAFETEA-LU expired in September 2009 and went into extended limbo. Those of us following attempts to replace it with a new six-year surface transportation bill (or for that matter to stall such a bill) were often frustrated by a barrage of arcane Capitol Hill mumbo jumbo that often made understanding what was going on a puzzle-solving exercise.

An awareness of the early January moves in the new Congress will be valuable in trying to keep up with reauthorization moves this spring.

He Said, She Said

The new Republican leadership has said these rule changes reflect their election pledge to rein in spending.

The new rules I refer to take the place of provisions that were passed back in 1998. Those old rules came about because of a practice that the new rules appear to have reinstituted. Prior to the 1998 rules, members of Congress did not have to use up all of the money in the Highway Trust Fund, an amount set in legislation, allowing surpluses to be built up within the fund.

Why not spend it all? Because a surplus of highway funds allowed the amount of that unspent surplus to be spent somewhere else in the national budget, somewhere that had nothing to do with highways. Congress could then claim a ‘balance’, that is, “hey, we didn’t overspend.” While the new rules do not change the requirement that Highway Trust Funds cannot be spent for nontransportation purposes, they do change the requirement that they must all be spent. So HTF funds still cannot be taken out and spent for other projects – but some of those funds can be left in the HTF, and when that happens, another part of government may be able to spend its money on a project with the yet-to-be-used HTF funds as a counterbalance.

From 1998 until now, that practice was out of play. Now it’s back. Probably.

Before the January change, any House member could essentially kill a bill, an amendment to a bill or a conference report that failed to appropriate funds for transportation programs at the level set by legislation by simply raising a point of order. In other words, if it didn’t spend the full amount, it could be stopped.

Now this situation is murky.

Republicans say the old 1998 rules are still in play and that the changes prohibit spending above the legislated limit, thus preventing what would essentially be deficit spending for transportation that would require general fund infusions into the HTF.

On the other hand, opponents on the other side of the aisle and highway advocacy, transportation and infrastructure development groups say it is not the broad language of the changes but loopholes that will allow the pre-1998 surplus practice back into the game.

Writing in the Bond Buyer (a newspaper owned by this magazine’s parent company), Lyn Hume says that “the new language, for example, does not appear to apply to amendments or to money transferred from the general fund to the Highway Trust Fund. Lobbyists said that doesn’t make sense because all gas tax and other revenues are transferred to the highway fund from the general fund.”

The new Republican chairman of the House Transportation and Infrastructure Committee, John Mica of Florida, has gone on record in the House as saying that the new rules don’t change the way highway programs are funded, a statement that does not appear to address or establish the degree to which they are funded. However the often blunt Mica did say that after meeting with Republican colleagues he felt confident the highway fund would not run up surpluses.

Senator Barbara Boxer (D-Calif), who heads the Senate Environment and Public Works Committee that will do the senior chamber’s lead work on Reauthorization, knows Mica and has had meetings with him since he took over. After those meetings, Boxer was optimistic about Reauthorization, but still warned that and a ‘raid’ on the HTF could throw a huge spanner in the works.

American Road and Transportation Builders Association President Pete Ruane says that, “13 years ago, Congressional Republicans and Democrats alike voted overwhelmingly to provide budgetary guarantees that ensured all federal gas and diesel tax user fee revenue collected for the Highway Trust Fund would be invested exclusively and in a timely manner in state highway, bridge and transit improvements. Today, House Republicans behind closed doors, in a secret ballot, unilaterally rescinded those guarantees as part of their new House rules package. This is a reversion back to the budget gimmicks of the past that allows the Highway Trust Fund balance to be used to hide the true size of the federal deficit.

“The real-life implication of this action is that it injects further uncertainty into the already reeling U.S. transportation construction market where unemployment is in excess of 18 percent — twice the national average. Long-term transportation plans and projects require stable, predictable funding,” said Ruane. “With multiyear Reauthorization of the federal highway and transit programs now more than 15 months overdue, this sends the wrong signal to the states and Wall Street.”

American Association of State Highway and Transportation Officials Executive Director John Horsley says, “there are two deficits facing the country today — the federal debt and the deficit in maintaining the infrastructure on which the economic recovery depends. In their zeal to address the first issue, the new House leadership has taken action that deepens the second.”

The American Highway Users Alliance says that House Republicans had “voted to do away with longstanding budgetary firewalls that guarantee multiyear highway funding levels in the annual appropriations bills. The loss erodes public trust in the Highway Trust Fund and will destabilize funding for future highway projects and programs.”

The Bond Buyer’s Hume also points out that “the new House rules also replace pay-as-you-go with a ‘cut-as-you-go’ regime, but will permit taxes to be cut without offsets to the resulting revenue losses, which market participants said could be good for munis (municipal bonds) because any easing of the federal tax law’s bond restrictions results in revenue loss. . . . Under the old pay-as-you-go rule, all new spending had to be offset with revenue-raising provisions. Instead, the rules would establish a cut-as-you-go regime under which legislation that would increase mandatory spending over one, five or 10 years would have to cut spending by an equal or greater amount elsewhere.”v

This is a backdoor gas tax!!!

Texas Senator Kay Bailey Hutchison has ripped off a letter to EPA Administrator Lisa Jackson blasting the agency for what she said is imposing a backdoor gas tax on Americans. The letter speaks for itself:

The U.S. Environmental Protection Agency (EPA) announced on December 23, 2010 its plans to impose costly greenhouse gas regulations on refineries, which will hurt every American driver, trucker, farmer and flier with higher gasoline, diesel and jet fuel prices. Higher prices passed on to consumers will feel like a new gas tax. I urge you to consider the economic impacts of this announcement and not to impose this burden on all Americans.

America’s families and workers are still struggling to recover from one of the worst recessions in American history. Millions of Americans remain out of work with unemployment stuck near 10 percent. Family budgets already stretched thin face gasoline prices 39 cents higher and diesel fuel 52 cents more expensive per gallon than this time last year. This of course raises expenses for every family and business. All of this limits the ability to create new jobs or keep life affordable for Americans.

Your agency is circumventing the role of Congress. With heavy input from constituents, Congress has already rejected attempts to use cap-and-trade to force fuel prices higher with costly new greenhouse gas mandates on the American people. A report entitled Climate Change Legislation: A $3.6 Trillion Gas Tax authored by myself and [Missouri] Senator [Kit] Bond calculated the cost of the Waxman-Markey cap-and-trade bill on gasoline, diesel and jet fuel prices using publicly-available government figures.

This effort by the Administration would be imposing its own backdoor carbon regulations. The EPA previously announced regulations to require not only large industrial facilities, but eventually even hospitals, schools, farms and local small businesses to accept new costly carbon regulations. These will cripple growth and the ability to create new jobs. EPA’s recent announcement may target oil refineries with expensive new greenhouse gas performance standards; however, it is consumers who will face higher fuel prices passed on to them in the form of more pain at the pump. Threatened also are refinery workers across America, who will face the prospect of losing their good-paying, middle-class-supporting jobs if your regulations curtail operations.

I urge you to forgo these intended plans and allow Congress working with the President to make responsible policy decisions. 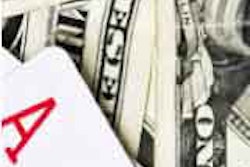 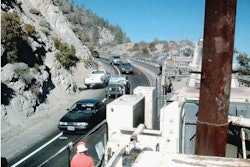