There is a question that asks, reasonably perhaps, should we shrink to fit the economic times and reconsider our way of doing things? History has shown us to defy obstacles, to assume, to believe that we will overcome them. We live with the idea that the best defense is a good offense.

Federal Highway Administration head honcho Victor Mendez says we need to keep dreaming and keep thinking big, not because it is a way to whistle past the graveyard, but because that is our core. If we blink and concede that maybe we need to rethink that attitude in the face of this monster recession, we lose ground we may never make up. It is our nature to think big and whatever else the economy does to us it should not be able to take that away or compromise it to any great degree. Essentially, who we are shapes us more powerfully than any economy.

This coming year has all the earmarks (not the best choice of words) of being another 2010 or 2009. We are living with uncertainty as a way of life. But we do not have to live with it defensively.

What do you think when you read: “I have not yet begun to fight.” Or, “Damn the torpedoes, full speed ahead!” Or, “Nuts.” Technically, you are reading the words of: Revolutionary War hero John Paul Jones staring into the guns of a better-armed British warship calling for his surrender in 1779; David Farragut issuing an order in 1864 at the Battle of Mobile Bay during the Civil War; and outnumbered General Anthony McAuliffe, 101st Airborne Division, replying to a German demand for surrender in December 1944 during the Battle of the Bulge in World War II.

These phrases are what one scholar has called “ideographs” – statements that convey to us far more than their content or a simple action. They evoke complex ideas, emotions and images of our nation and of who we are. They are badges or flags that represent us. Hear them shouted in a crowd and we turn to one another and, without words or gestures, immediately know we share their full meaning. They also tell other people a lot about us.

At meetings I’ve attended over the past few months, I have heard industry leaders defiantly assert that we will not accept that the American way has been compromised and must fit into the global economy’s way of doing things. We are slowed, almost stalled, by this recession, and so we can do less. We adjust. We make do. We mark time. But we do not change our colors. v 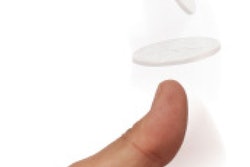 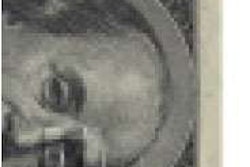