A study from the National Center for Asphalt Technology (NCAT) confirms that ambient and cryogenic ground rubber provides performance benefits in asphalt and the asphalt manufacturing process.

The study, Effect of Ground Tire Rubber Particle Size and Grinding Method on Asphalt Binder Properties, also indicates that ground tire rubber (GTR) should be considered an appropriate asphalt binder modifier to achieve critical high-temperature performance in asphalt mixtures. The study evaluates the role of GTR in asphalt mixture performance and finds that GTR, whether cryogenic or ambient, does not impact the performance of the rubber material or, ultimately, the asphalt.

It was conducted at NCAT’s facility in Auburn, Ala., with the assistance of partners Blacklidge Emulsions, Lehigh Technologies and Liberty Tire Recycling.

Richard Willis, NCAT assistant research professor, is hopeful that the study findings accelerate the use of sustainable material in highway construction. “By increasing the use of ground tire rubber,” Willis says, “asphalt producers will benefit from price stability as compared to more volatile oil prices which impact the cost of traditional, oil-based polymers. Importantly, ground tire rubber produced cryogenically or ambiently provides high performance and cost benefits in asphalt.”

Rubber particulate modification of binders has been used throughout the United States for more than 30 years in various locations. As oil prices have risen, the number of states reassessing the potential of GTR mixtures has started to increase, but little research has been published characterizing the influence of particle size, grinding technique and blending methodology.

[See the story on page 33 on how rubber in asphalt can help quieten road noise.]

Peter Wu, P.E., Ph.D., from the Office of Materials and Research at the Georgia Department of Transportation (GDOT) believes that GTR provides long-term supply and is “a cost-effective and competitive way to increase the robustness of asphalt, while also serving as a productive outlet for end-of-life tires. Wu says rubber-modified asphalt can assist with this while also contributing to the state’s sustainability efforts. GDOT recently amended the state’s road construction specifications to include recycled rubber as an alternative to oil-derived polymers.

The NCAT study indicates that surface area and particle size of the rubbers had the most influence on the modified asphalt binder – smaller particle size, which equates to larger surface area, provides better performance. Based on the study results, researchers also recommend the following:

• Ambient and cryogenic GTR performed equally in terms of binder modification and separation.

• Specifications should not distinguish between the two types of materials when the GTR is 30 mesh or smaller.

• Ten percent rubber is an appropriate level of loading for asphalt binders.

For the full study go to

“If you can park free at work, it’s an invitation to drive to work alone. And almost everybody who does drive to work has this invitation.” – Donald Shoup, professor of urban planning, UCLA

Snapshot of a Stalemate

More than 90 percent of Virginians are eagerly behind better roads for the state. But most Virginians are reluctant to support strategies to increase funding to pay for them.

A total of 92 percent of Virginia voters in a new Quinnipiac University poll say it is “very important” or “somewhat important” to improve roads and highways. But there are mixed opinions on where to find the money to make the improvements.

Voters oppose 57-38 (5 percent DK/NA)percent putting tolls on parts of Interstate 95 in the Commonwealth to pay for road repairs.

“There is broad public support for the idea of state action to improve the state’s roads and highways, but not on how such projects should be funded,” says Peter A. Brown, assistant director of the Quinnipiac University Polling Institute. 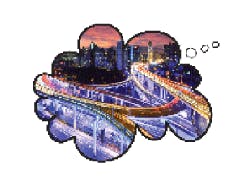 Maybe we could still, one day, drive like George Jetson. Maybe science is getting a little closer to making our roads smarter and safer.

For example: Two Dutch companies are working on the road of the very near future. Their research includes projects that address safety and intelligent transportation:

• A temperature-sensitive paint that is normally transparent, but in extreme, icy cold, the paint reveals warning symbols on the road surface.

• Glow-in-the-dark road surface paint, which absorbs solar energy during the day and can glow in the dark for up to10 hours.

• Under-the-road induction coils to charge electric vehicle batteries as they drive down the road.

• Road surface lights that growing brighter as a vehicle approaches and get dimmer as it moves away. 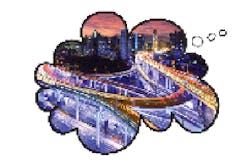 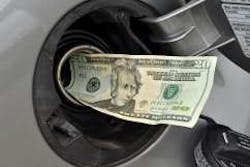 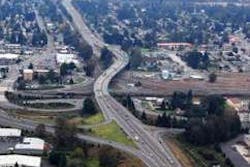 70 bridges getting $130M in federal funds for repair, replacement 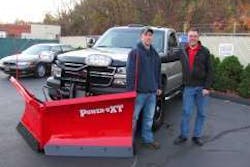