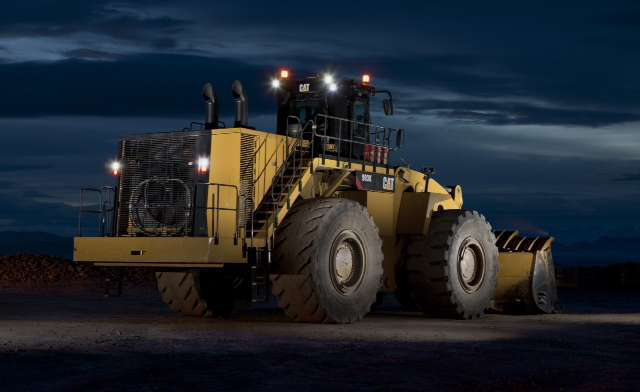 Caterpillar announced updates today to its 993K wheel loader headlined by the availability of either a Tier 4 Final or Tier 2 Equivalent Cat C32 engine.

Several new features in the 993K are all about conservation. New power train features and engine control reduce fuel consumption in the 993K by as much as 10 percent over the previous model, the company says. Lowered rated speed paired with a new torque converter, Auto Idle Kickdown, which reduces throttle-lock speed after a set idling interval, and Engine Idle Shutdown, make the fuel savings possible. The 993K also adds a new battery management system that automatically shuts down electirical power and a delayed engine shutdown system.

The 993K’s Vital Information System (VIMS 3G), which allows remote machine monitoring, has been updated with a cycle timer that tracks and stores all aspects of the truck loading cycle in an eight-segment format. This information can be used in managment reports.

The 993K’s cab has been enhanced as well. Checking and draining fluid levels is as easy as a tap on the 993K’s service center touch-pad while noise and vibration levls have been reduced. Getting in an out is easier as well as Cat has added self-storing stairs. 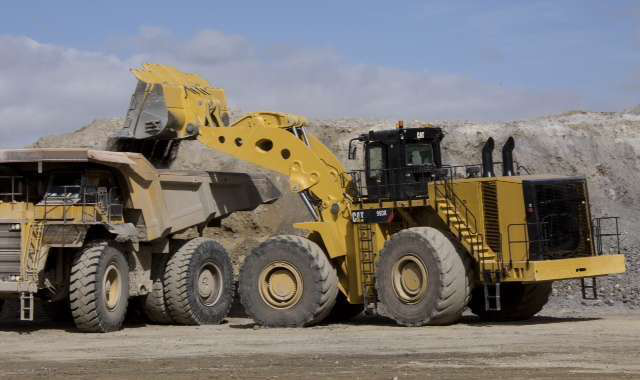