A quick look at some recent research into sub-bases presented at the American Society of Civil Engineers (ASCE) GeoCongress 2012: State of the Art and Practice in Geotechnical Engineering, held this spring in California, suggests that sub-base options are increasing rapidly. The full ASCE papers (below are abstracts) are available through the society’s website, www.asce.org

The recycling industry continues to grow as a means of utilizing waste materials in today’s world and as such more markets must be urgently established for recycled products. Currently in the state of Victoria, Australia, 186,000 tonnes of recycled glass are stockpiled annually and these stockpiles are growing. However, there is little known reuse application for recycled glass in pavement sub-base applications due to limited knowledge of its geotechnical properties. The reuse of recycled glass in road pavement applications will provide the opportunity not only to get rid of the waste glass stockpiled and minimize the use of virgin materials in pavement applications but also to minimize the valuable land being used for stockpiles. This paper presents a preliminary laboratory evaluation of select geotechnical properties of recycled glass when used in blends of up to 50 percent with recycled crushed concrete in pavement sub base applications. Laboratory tests discussed in this paper include modified compaction, Los Angeles abrasion loss, consolidated drained triaxial compression test and California Bearing Ratio (CBR) test. The findings of this laboratory evaluation indicate that potentially up to 30 percent recycled crushed glass of particle size less than 4.75 mm could be safely added to Class 3 recycled crushed concrete in pavement sub base applications.

A field study was performed to document the benefit of a punched and drawn polypropylene triaxial geogrid. The triaxial geogrids have triangular apertures and increased rib thickness as compared to many geogrids with square apertures. These fundamental changes to the geogrid structure, coupled with high junction efficiency, gives greatly improved aggregate confinement and interaction, leading to improved structural performance of the mechanically-stabilized layer (MSL). The project consisted of the widening of La Media Road as part of the Highway 905 improvements. La Media Road and Highway 905 typically experience heavy truck traffic loads from the Mexico/U.S. border crossing. The subgrade material beneath La Media Road is comprised of clayey sand and clayey sand with gravel. Additionally, cobbles ranging up to about 8 inches in diameter were observed on the surface of the subgrade. R-Values of 21 and 24 were determined for the subgrade material. Laboratory testing included grain size analysis, Atterberg limits, maximum density, optimum moisture content and R-Value tests. The field-testing consisted of 5-inchdiameter plate load tests on the subgrade and at various levels of the pavement cross-section. Results of plate load testing indicate that the triaxial geogrid increased the modulus of the mechanically stabilized section relative to the conventional unbound aggregate pavement section. The measured improvement of the MSL sections ranged between 27-percent and 52-percent greater than the 30-percent thicker unbound aggregate conventional design section.

Paper is entitled: Assessment of Influence of Soil Properties on Subgrade Stiffness Using

The research consists in examining the applicability of two kinds of ash (fly and bottom) of coal combustion residue from thermal power, on the layers of pavements base road by mixing these ashes with a non-lateritic sandy-silty soil, characteristic of the Rio de Janeiro state, with and without lime addiction. This study presents the results of physical and chemistry characterization, and compression, resilient modulus and permanent deformation, beyond environmental testing solubilization and leaching. These tests were conducted on the pure soil, on the ashes and on soil with fly ash and bottom ash mixtures, with and without lime addiction. Mixtures with ash addiction initially showed a mechanical behavior consistent with the requirements for low traffic roads. The results show that the soil is dependent on confining pressure and the inclusion of fly ash and the mixture cure dramatically increase the value of resilient modulus, on the other hand, the addiction of bottom ashes in this type of soil has increased immediately the resilient modulus of the mixtures.

Paper is entitled: Applicability of Coal Ashes to Be Used for Stabilized Pavements Base

Bauma: The Biggest Gets BIGGER

Bauma, the world’s largest trade show, says it is on track for a new attendance record and has a waiting list of exhibitors clamoring for space.

And the bauma folks say an average annual growth in the global construction industry of more than 4 percent until 2015 will ensure a sustained demand for plant and machinery.

The show delivers approximately six million square feet of exhibition space. All of that vastness was fully booked by May of this year, eleven months before the event. What’s more show administrators say they have a waiting list for all sections of the exhibition, despite the creation of 160,000 square feet of new display area.

“With this additional space we can now admit more exhibitors than at the last event,” says Georg Moller, exhibition group director at Messe München International. “Nevertheless it is still not possible to accommodate all those who want to take part, or to meet in full the space requirements of all participants.”

That’s not the only good news from the bauma folks. They also say the European construction and building material machinery industry remains optimistic despite growing fears about the Euro crisis.

In an official statement, bauma says that, “The signals for medium- to long-term growth in the construction and building material machinery industry are positive: worldwide construction activity has grown significantly in recent years. Growth is being driven by the up-and-coming developing and emerging countries led by the BRIC [Brazil, Russia, India, China] states.” 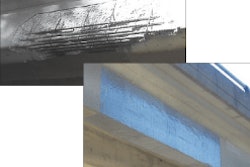 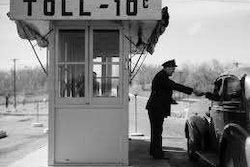 For whom the toll bills 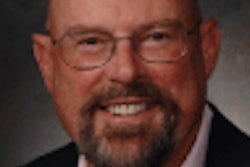