Let the jobsite be the judge

In the battle between choosing tires or tracks, buyers should let their projects cast the determining vote on which would be the best fit for their fleet.

“The most important consideration for a contractor is going to be the primary type of work he does,” says Mike Fitzgerald, loader product specialist, Bobcat.

The compact track loader market gained ground in the past decade – with many roadbuilders valuing productivity over initial cost – but there’s been a shift back toward skid-steer loaders since the 2008 economic downturn, says Jamie Wright, product manager, Terex Construction Americas. He estimates CTLs make up between 20 and 25 percent of the market, while SSLs hold between 75 and 80 percent, according to our sister publication, Equipment World.

“The compact-track loader trend started as a result of contractors wanting to get jobs done faster, no matter the acquisition costs or operational cost of the unit,” Wright continues. “With the economic downturn, contractors were more selective and looking for ways to manage their equipment inventories more efficiently. As part of this, they are adding skid-steer loaders back into their fleet since they are able to accomplish many of the same tasks at a lower operating expense.”

The most important consideration for a roadbuilder is his primary type of work.

So when does the price tag equal the benefits, and how can roadbuilders know which one they need for their next project? Here’s what the experts have to say.

When deciding between a wheeled or tracked machine, owners should first picture how the equipment would be used in their work. Categorizing job types, such as new or existing construction, dry or muddy conditions and traveling distances on the jobsite, can reveal how equipment is currently being used and what features the equipment will need to be profitable and efficient.

If a job requires extra traction for pushing into piles on soft or muddy ground, a tracked piece of equipment would be ideal because the tracks have more area in contact with the surface, which make them better for dozing and digging jobs. Tracked machines are also good for new-construction projects where there are no improved surfaces.

With ground conditions varying around the country, the choice between tracks or wheels can also depend on the job’s location. In some regions, tracked equipment is more prominent than others and can also extend the typical contractor’s working year because of its ability to float on wet ground.

“In areas like the Southwest where the ground is always dry and hard, you will have a hard time finding someone who owns a CTL,” Fitzgerald says. “Whereas, in the Midwest where the ground is clay or sand and conditions can vary by the weather, many contractors own both.” He advises contractors to talk to a local dealer who sells CTLs to get an idea of how long the machine extends the work year in that area.

If most of your projects will be on improved surfaces or in an existing development, a wheeled machine would be best because the tires wear less quickly than tracks on paved surfaces. Concrete and asphalt applications, traveling significant distances on a jobsite and some winter jobs will also call for wheeled machines.

“Skid steers tend to be better for scraping and snow plowing tasks that require the tires to penetrate mud, muck or snow to get down to a firmer traction surface,” O’Brien says.

For working on surfaces where tire punctures can become a problem, you could also consider buying a set of poly-fill tires. “This will eliminate the downtime associated with a flat tire while maintaining the ride characteristics of a pneumatic tire,” Fitzgerald says.

The biggest deterrent for many contractors with a tracked machine is the dollar amount, something manufacturers have tried to combat with longer track life, performance increases and undercarriage suspension systems for smoother rides. Figuring out the breaking point between productivity and cost for both the tire and track is key when choosing between the two.

Skid-steer loaders have a lower initial cost for the same size machine and lower owning-and-operating costs because the tires cost far less than the rubber tracks. A set of skid-steer tires can cost between $600 and $1,000 and last 600 to 1,000 hours. Rubber tracks cost $3,000 to $4,500 per set and last 1,200 to 1,600 hours. With proper operation of the loader, rubber tracks should last about twice as long as tires. However, tires still cost considerably less than tracks, Fitzgerald says.

Overall, tracks are more expensive to maintain than wheels, so the cost of the equipment can also come into play,” he says.

Although tire costs for skid steers are often lower than the hourly cost of tracks for CTLs, the downtime and risk of downtime to replace tires or fix flats is greater with skid steers. That is why many high-production applications have moved to using only solid tires for their skid steers.

“The most important maintenance cost item on either is rubber – tires for skid steers and tracks for compact track loaders,” O’Brien says. “Generally, the cost of keeping the machine fitted with tracks is more than with skid steers, but it depends on the applications, underfoot surfaces and especially operator techniques that will impact these costs.” (See “Reduce Downtime” sidebar for proper operation and maintenance techniques.)

Wright says a CTL can pay for itself in as little as 18 months, if all goes well. “Don’t sacrifice just to save a dollar,” Wright tells Equipment World. “Always buy quality; a loader and attachment need to be durable and reliable because downtime is expensive. Be sure to select equipment that makes the most sense for the applications it’ll be used in.” He recommends customers choose a machine that will equate to 85 or 90 percent of their needs.

Best of Both Worlds

For skid steer owners who occasionally work in rough, rocky or muddy conditions, a set of over-the-tire tracks may be an alternative to purchasing or renting a compact-track loader.

“Skid-steer loaders are better for mobility on hard or consistent surfaces but can be fitted with track chains temporarily for better flotation and mobility for muddy or wet surfaces, or to reduce damage to turf for landscaping or tree planting applications,” O’Brien says.

But operators will still want to be mindful of the type of surfaces they will be covering with the equipment. “Over-the-tire steel tracks can add productivity to existing equipment, but they can also damage sidewalks and curbs,” Fitzgerald says. “You want to use rubber tracks in areas under development, which have improved surfaces, and use steel tracks in areas that are primarily dirt or new construction.”

Tracks can typically be installed in 30 minutes and removed in about 10 minutes. They range in price from $2,500 to $5,000 depending on the machine model, track width and length.

With each having its pros and cons, it is important for roadbuilders to understand their project needs before deciding between wheeled or tracked equipment. There might not be a universally correct choice, but there is a right one for each contractor’s services.

And although the industry as a whole currently is leaning more toward the lower price of tires, the verdict is still out on whether the tracked-equipment market will ever equal or surpass wheeled machines. “As the construction industry continues to recover, compact-track loaders could again become as popular as skid-steer loaders because their productivity is incredible,” Wright says to Equipment World.

Your equipment won’t get far without functional tires or tracks, so here are some maintenance tips to keeping them rolling.

• Perform visual inspections of undercarriage components. Most manufacturers’ idlers and rollers are permanently sealed and lubricated; however, they — along with sprockets and tracks — may need to be replaced periodically depending on a machine’s use.

• Train operators. With the proper instruction, your crew can help reduce costs from worn tires and tracks. For example, teaching CTL operators to find ways to minimize turns or make them less abruptly or on softer surfaces will greatly reduce expensive track wear: Three-point turns, rather than spinning or counter-rotating, will help save on undercarriage wear. And training operators to clean out the undercarriage at the end of every shift will cut maintenance costs, too.

• Keep repair tools handy. The occasional track tensioning can be done with a common grease gun, and tracks can be replaced in less than an hour on some machines. Handling maintenance issues on site can help reduce the overall cost and downtime. 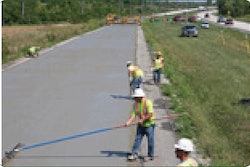 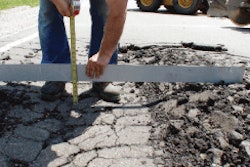 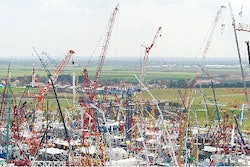