Better Roads’ production manager, Linda Hapner, sent me, as she does, a story idea. A wonderful read about a short-lived 1880’s bridge.

The ingenuity would be valued today, although the technology is obsolete. It felt like a modern story populated by modern people, the good, the bad and the others. It was about the power of the elements, about engineers, bridge designers and builders, townsfolk, financiers and railroads.

In those days when railroads bridged rivers it was often only for their trains, no passage for horse-drawn and pedestrian traffic or livestock. Crude, unreliable ferries were the only choice. Sometimes, in deep winter, unpredictable ice could be crossed.

Summer 1888, and only the new Burlington railroad bridge spanned the Missouri River at Nebraska City. Colonel S. N. Stewart, of Philadelphia, offered to build a pontoon toll bridge if the community would subsidize it. Costing $18,000, the bridge opened August 23. It was proclaimed the first such bridge across the Missouri and the largest drawbridge of its kind in the world.

“The pontoon section crossing the main channel was 1,074 feet long, with a 1,050-foot cribwork approach spanning a secondary channel between an island and the Iowa shore,” writes Potter. “The roadway, including two pedestrian footways, was twenty-four-and-one-half-feet wide. Opening the “draw” (the V-shaped portion that could swing open for boats or flowing ice) provided a 528-foot-wide passage. Tolls for round trip crossings were set at fifty cents for double teams, forty cents for single teams, a quarter for a horse and rider, a nickel for pedestrians, and from ten to two cents each for horses, cattle, sheep, and hogs. The bridge was considered a significant engineering feat and was featured in articles published in the Scientific American and Harper’s Weekly.”

Mostly the bridge worked well. But it suffered major damage when the wild Missouri flooded and from wrecking-ball chunks of ice. It was in and out of service.

So in spring 1890 the city fathers planned a bridge bond election. A displeased Colonel Stewart threatened to remove his pontoon bridge.

The bond passed and courts upheld it against Burlington’s claim that it deserved the bond money. Colonel Stewart said enough. He sold his bridge to Atchison, Kansas, and floated it downriver to its new home. A month later, the U.S. District Court ruled the bridge bonds were invalid, writes Potter, and Nebraska City was back where it started. In 1891 Burlington adapted its bridge to carry non-railroad traffic.

I never tire of reading about the adventures of road and bridge builders. They make you feel good, don’t they? 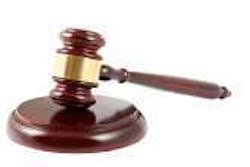 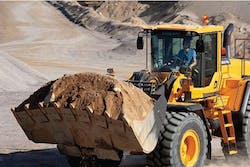