Use of a new high-performance asphalt emulsion for seal coats is providing an urban Texas county more durable chip seals, less disruption to traffic in an urban area, and significantly fewer broken windshields.

“Chip seals are economical and are one of the better treatments you can use to preserve pavements,” said Tony Vasquez, public works operations manager, Bexar County, Tex. “With chip seals we get a thick coat of asphalt with a durable Grade 5 trap rock. With that combination our roads stay in great shape, which minimizes potholes, and the aggregate lasts from eight to twelve years.”

Bexar County applies a fundamental tenet of pavement preservation, that is, for the lowest-cost, long-term performance, treat roads before they show distress. “When we go back after that initial period the chip seal will still be in good condition, and we will apply another chip seal,” Vasquez said. “We are proactive in our pavement preservation and chip seals are part of that.”

Bexar (pronounced “bear”) County includes urban as well as rural pavements, as the City of San Antonio is located there. Vasquez is responsible for approximately 2,400 lane miles, nearly all of which are paved. “We try to chip seal about 100 centerline miles of pavement per year, between 1.5 and 2.0 million square yards,” Vasquez said. Chip seals are done by county forces.

Use of igneous trap rock is an important part of the mix, he said. Despite an abundance of high-quality limestone deposits in Bexar County – the San Antonio metro area sits at the foot of the Balcones Escarpment and is the center of an active cement manufacturing industry – the county uses 3/8-in. crushed basalt instead of limestone.

“We prefer the trap rock because it’s a harder rock,” Vasquez said. “When it’s put down it’s a light gray, but after about six months it turns black and looks like hot mix asphalt. We’ve learned constituents find that to be aesthetically pleasing. When you combine that with its superior skid resistance trap rock is the right choice.”

In the field Bexar County uses the Grade 5 trap rock with 0.3 gal/sq yd of emulsion, applying 15 to 16 lb./sq. yd. of aggregate. The placement is followed by seating of chips with a pneumatic roller. Bexar County typically does not sweep immediately after placement but does the next day.

“The emulsion breaks in minutes,” Vasquez said. “We shoot it and lay the chips after a minute. It doesn’t take long for the emulsion to break and you can walk, or drive on it in a forward and backward motion, right after the chips go down.” Turning motions will displace the aggregate, though, until the emulsion is properly cured. Traffic is permitted about a half hour after the chip seal has been rolled.

Even though the seal isn’t swept until the next day, windshield complaints are minimal, Vasquez said. “We calibrate our equipment, and when you strictly control the amount of aggregate that we put down, and use an emulsion with high chip-retention, you minimize claims. I don’t recall a claim in all 2011.”

While chip seals have been a long-time choice for preserving Bexar County pavements, last year the county enhanced chip seal performance by adopting use of a new cationic, high-float, rapid-set emulsion.

“We used it for the first time in 2011, and it’s become the only emulsion we will use,” Vasquez said. “Our paving foreman Sam Joiner commented that he has seen an improvement in chip retention, that our sweepings are a lot fewer as he does not see those chips coming off, and we are able to get traffic back on the pavement a lot sooner.”

Bexar County was using a CHFRS-2P asphalt emulsion from Ergon Asphalt & Emulsions, Inc. That language denotes a cationic, high-float, rapid-set emulsion in the No. 2 viscosity range with polymer added. In this case the polymer is Butonal NX 1122 from BASF Corporation. Previously the county used a CRS-2P emulsion.

“Use of the new CHFRS-2P emulsion is part of our continuous effort to improve operations,” Vasquez said. “We did a pilot program two years ago and tried it on one pavement. It worked so well we decided to try it extensively this year and our foreman Joiner noticed a lot better chip retention right away.”

The high float attribute makes the material less-susceptible to flow or movement under higher temperatures. It fights bleeding long after it’s been placed, which becomes a long term benefit over the years, Brownlee said. That results in a very rapid-setting material in terms of break time, allowing the county to have the best of both worlds in a product that can be used for chip sealing with a very fast break and good early strength.

Benefits include the ability to open a seal coat to traffic much earlier, and greatly reduced aggregate loss and windshield break claims.

Use of the Butonal NX 1122 polymer modifier is essential to Bexar County’s new asphalt emulsion, he said. “The polymer adds to the early build of strength, and retention of aggregate, that allows you to seal or pave the road and get traffic back on it as fast as possible,” Brownlee said. “Everybody is striving to seal the road while keeping the disruption to traffic flow as minimal as possible. When you have a good polymer it will grab hold of that aggregate – enhancing the adhesion characteristics – while allowing you to get traffic back on it as soon as possible by building early strength. These both are very beneficial things.”

“In 2007 we implemented a Cartegraph asset management system,” Vasquez said. “A consultant did a pavement data inventory – measuring distress data such as cracking, rutting and ride indices – and used them to come up with an overall condition index (OCI). We try to do that every three years and in 2011 undertook our second round of data collection.”

A data collection van is used to gather the information at highway speeds. “Using the OCI we program different maintenance strategies into a software module, which gives us different budget scenarios for different treatments on different pavements,” Vasquez said. “You can create a plan for however long you want, but we plan for three years because that’s our evaluation cycle. Right now we are planning for the cycle from 2012 to 2015.”

And because the county has GIS capabilities the plan can be displayed on a county map as well, which greatly enhances planning capabilities and the ability to communicate the program to county administration and to citizens.

“Our overall condition rating is at 90.46, on a scale of zero to 100, up from the high 80s about three years ago,” Vasquez said. “My goal is to keep the OCI above 90 and focus on specific types of distress that we have. If there is rutting we will reconstruct the road or do something that will remove the cause of the rutting.”

With use of pavement preservation in the context of asset management – by which agencies protect their investment in their infrastructure – materials like Bexar County’s high-performance asphalt emulsion can help agencies preserve more miles, in the same amount of time.

“Everything happens faster,” Ergon’s Brownlee said. “Everyone works faster, whether they are contractors or in-house forces. They can get in, do the chip seal, and move on to the next project, confident that they’ve left a good, sound product behind them.”

Information for this article was provided by BASF. 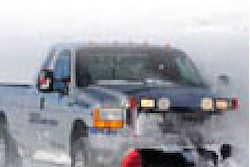 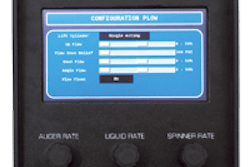