When going from the roof to the road in recycled asphalt pavement (RAP) mixes, “it’s all in the details,” says John Christensen, technical marketing manager for MeadWestvaco (MWV).

It’s not impossible to get density in RAP mixes incorporating recycled asphalt shingles (RAS), “but it helps to pay a little more attention to details. It’s definitely a more difficult mix to work with once you put shingles in there.”

But agencies and contractors are able to save money on virgin asphalt by using RAS. “This is what pushes a lot of contractors to use [RAS] now that it’s about $600 per liquid ton for asphalt,” Christensen says.

“When I first started working with contractors, RAP was a ‘four letter word,’” Christensen says. “It was a waste material that was usually given away or used by state or local DOTs who retained ownership. If it was used, it wasn’t more than 10 percent. It was easier to just use virgin asphalt and not deal with the headaches of the inconsistencies caused by putting RAP in a mix, because virgin asphalt was cheap and readily available. Those days are gone. Liquid asphalt is not cheap anymore, and sometimes it’s not as readily available and many specifications would not allow more than 10 percent – if any at all .”

RAS has provided an environmentally responsible option, and its economy is added-value for agencies, says Steve Jackson, P.E., quality control manager of Missouri-based NB West. But like Christensen says, Jackson notes that RAS must be dealt with carefully to ensure it will meet specs and perform well.

Jackson says he is seeing RAP mixes in early spring and in late fall, when temperatures aren’t as hot. In the summer, more shingle mixes are being used. “When temperatures get below 40 degrees F, people look at not using shingle mixes or [contractors] using ones with 6 to 7 percent going down to 2 to 3 percent because [the mixes] are getting stiffer,” Jackson says. “In spring and late fall, it’s wetter so it’s harder to dry them.” Jackson suggests keeping the shingles under a tarp or in a storage building to help deter moisture.

“This is kind of a nationwide issue people are dealing with in determining the bulk-specific gravity for RAP and shingles,” Jackson points out. “The problem is that the fine particles in the RAP and shingles float when you submerge them in water; this makes it very difficult to determine the bulk-specific gravity directly using the traditional AASHTO T-84 and T-85 test methods.” The National Center for Asphalt Technology (NCAT) has a method where 1 percent virgin binder is added to the RAP to keep the fine particles from floating. However, the methods all have different shortcomings, Jackson says. It makes it difficult when you are trying to come up with a hard and fast number and there are different approaches that people are using.

The RAS, “eliminates the potential for rutting in the roads because of the stiffer asphalt binder and the fibers they add to the road, but there is still concern about cold weather cracking and fatigue cracking,” says Jackson.

In 2012 the Missouri Department of Transportation (MoDOT) revised its specs and raised the minimum VMA requirement in lower-volume mix designs so cracking issues do not occur, says Jackson. “I think the ultimate solution is that we go to straight mixture performance testing instead of looking at each component,” Jackson says. “There are several performance tests out there. People have their own opinions on what is the best method; I think that a combination of fatigue cracking and rutting potential tests will provide the best performance predictors in the future.”

Go to www.facebook.com/BetterRoadsMagazine for a RAS photo album. For coverage of Illinois’ use of RAS and Illinois Tollway Authority, EPA and Illinois DOT testing, go to www.betterroads.com, then click on “Web Exclusives.” 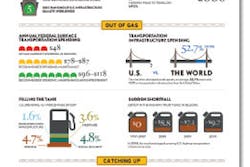 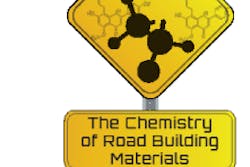 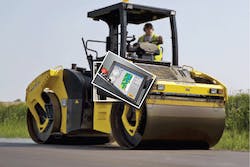