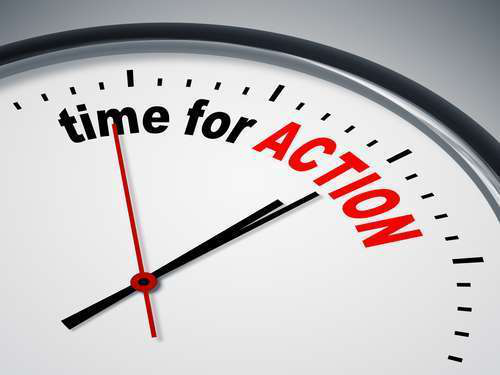 We’ve reached a milestone today, but it’s not one to celebrate or to be proud of. There will be no cake or balloons. No jumps for joy or congratulatory greetings. Instead, this milestone means we’ve gone 1,000 days without a transportation bill — 1,000 days since the current surface transportation bill, the Safe, Accountable, Flexible, Efficient Transportation Equity Act: A Legacy for Users (SAFETEA-LU), expired. The bill originally expired Sept. 30, 2009.

In four more days, on June 30, the latest extension of SAFETEA-LU will expire. What’s going to happen? Will we continue to let our infrastructure system crumble? For a nation that’s supposed to be a land of opportunities, we’re creating an opportunity for failure without passing a new highway bill or passing a reauthorization.

“Waiting this long to improve and protect our transportation systems is simply unacceptable for so many reasons,” says Jennifer Krug McNaughton, chairman of the Illinois Road and Transportation Builders Association (IRTBA), in a written statement. “A new bill is long overdue. Congress must act to bolster our economy and keep us globally competitive.” According to the Federal Highway Administration (FHWA), every $1 billion of transportation infrastructure investment supports nearly 28,000 jobs.

“Inadequate legislative Band-Aids have been applied at the last minute and without a proactive, multi-year plan,” says Michael Sturino, president and CEO of IRTBA, in a written statement. “This creates uncertainty that further hurts the economy, as transportation construction employers play it safe instead of adding new jobs and investing in new equipment. The certainty of a multi-year federal program is needed to realize the full economic benefits of investment in infrastructure in Illinois and nationwide,” he added.

Congress’ failure to enact a new transportation bill is costing us — not a good idea in our struggling economy. According to the Association of American Safety and Highway Transportation Officials (AASHTO) rough roads add an average of $335 to the annual cost of owning a car due to damage and reduced fuel efficiency; costs are even higher for business vehicles.

Poor maintenance costs the taxpayer in other ways. Every one dollar spent in keeping a road in good repair saves $6 to $14 to rebuild one that has deteriorated, according to IRTBA. Congestion also costs us in lost time and wasted fuel.

In the Chicago area — where I live — congestion costs the average motorist 71 hours and $1,568 in lost time and wasted fuel. Congestion costs the trucking industry in Illinois 31 million hours of delays and $2.3 billion per year, according to a report from AASHTO. That means essentially every day we don’t have a transportation bill, it costs us time and money. It hurts the economy, and it promotes the further deterioration of our infrastructure system.

Now that we’ve reached the 1,000-day milestone without a transportation bill, I certainly don’t think it’s something to celebrate.

When we reach 1,000 consecutive days of a highway bill, that’s when I’ll celebrate!