The Illinois Road and Transportation Builders Association (IRTBA) and the Illinois Department of Transportation (IDOT) are calling on motorists to abide by work zone laws for speeding and the use of mobile devices.

These organizations and the other members of the Illinois Strategic Highway Safety Plan (ISHSP) partners are taking part in National Work Zone Safety Awareness Week (April 23-27, 2012) to raise awareness about hazards and the need for increasing caution in work zone areas.

Illinois drivers are prohibited from talking on cell phones while traveling work zones or school zones. It is always illegal to email, text, or surf the internet while driving in Illinois. According to the National Highway Traffic Safety Administration, distracted driving contributes to 25 percent of all reported traffic crashes.

“Calling, texting, internet surfing. Distracted driving is an unfortunate addition to the lexicon and an added risk to roadway workers and traveling motorists,” said Jennifer Krug McNaughton, vice president of K-Five Construction Corp., and chairman of IRTBA. “It is more important than ever to get motorists to focus on the road and to understand the risks of using mobile devices while driving.”

National Work Zone Safety Awareness Week coincides with the start of the construction season. IRTBA wants drivers to also be aware of speed limits in work zones and the stiff fines for violators. Court appearances are mandatory for work zone speeding.

Photo Speed Enforcement is being used when workers are present to increase safety in work zones on Illinois highways.

“We’ve all seen someone on the phone, or texting or engaging in other dangerous behavior while driving,” said Mike Sturino, president and CEO of IRTBA, in a press release.  “I think people are beginning to recognize the hazards and change their behavior.  We want to reinforce that trend.”

IRTBA, IDOT and the ISHSP Partners are holding events throughout the state during the week to demonstrate to motorists the critical need to alter their behavior: 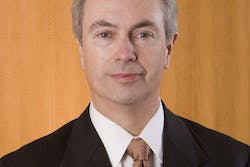 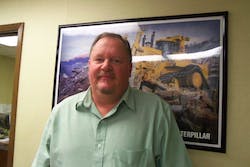 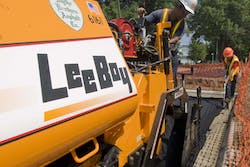 SNEAK PEEK FROM OUR DIGITAL EDITION: Commercial Pavers Get on Track 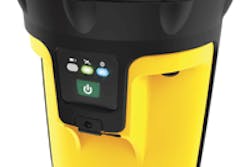