What happens when budge shortfalls cut back vegetation management?

But now it’ll be up to the commercial and industrial landowners in the western South Dakota city to pick up the tab for keeping the right-of-ways mowed and tidy along the roads that pass their properties.

Science is potentially part of the vegetation management solution for cash-strapped agencies (and perhaps even the Rapid City landowners) but will it be enough to keep some in the game?

Rapid City made the news nationally in January, when the city council honored the request of the budget-restrained parks department to no longer maintain the sides of approximately 25 miles of “rural” roads inside city limits. The council didn’t enact any new legislation, but rather re-emphasized an existing city ordinance that has otherwise been enforced for residential landowners. 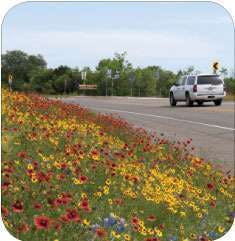 The grass and weeds growing along roadsides may be a constant, but who’s responsible for controlling that vegetation is anything but – especially in this era of dwindling agency budgets.

As agencies responsible for roads at the state, county and city level from coast to coast readily attest, money is tight. The ability for them to do what has come to be expected by their constituents is increasingly difficult every year. Roadside vegetation management may be one area where agencies see some – relatively – painless savings.

Where Rapid City’s parks department goes hands off, the work will in most cases fall to independent contractors hired by the commercial and industrial landowners. One of the mysteries in town, Rapid City Journal reporter Emilie Rusch told Better Roads, is why the parks department was even maintaining these “rural” right-of-ways anyway. Nobody, she notes, drops by to cut the grass in front of her house.

To now say enough’s enough, “the financial reason was a catalyst,” says Cole, but “an overriding factor says, ‘If we have an ordinance, we probably shouldn’t be doing this anyway.’

“Prior to the splitting of the departments, Public Works used Parks as a Public Works entity for streets and drainages. We’re still stuck with the drainages, but we haven’t figured out how to get rid of them yet.” Cole laughed along with us at that point, but we suspect he wasn’t joking.

Back to the roadside maintenance issue. 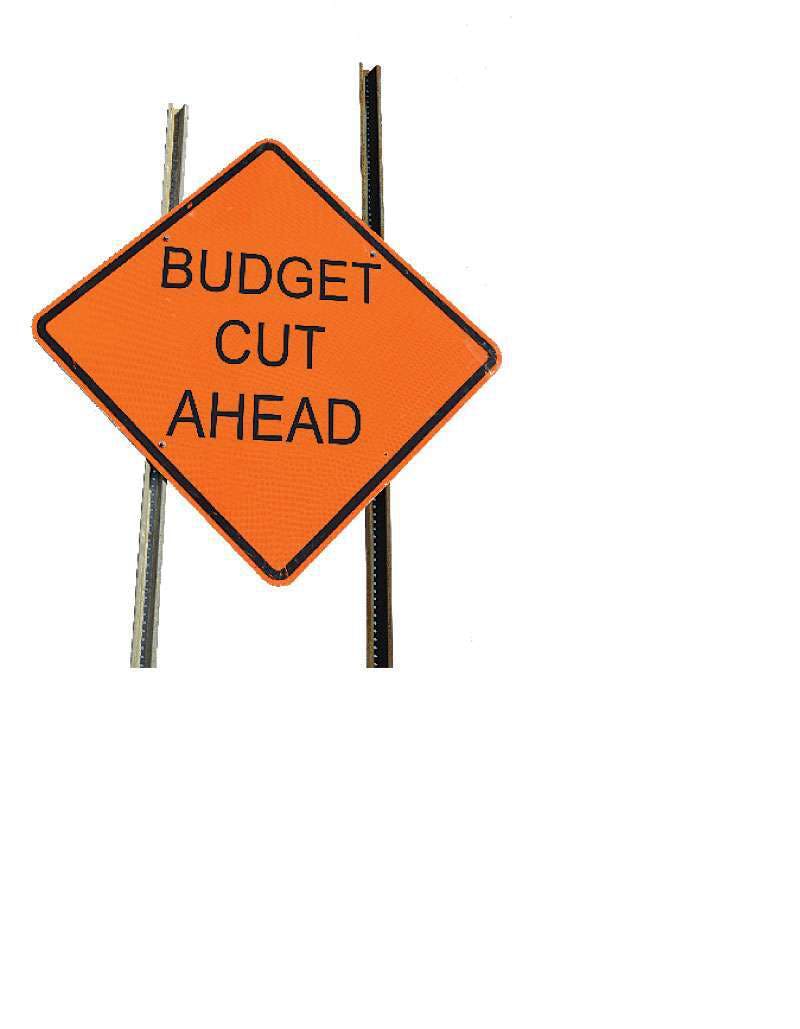 “Actually I made an administrative decision to do this last year. So, we did not mow last year,” says Cole. “It was brought forward later by the complaint not of an affected property owner, but of somebody who saw the tall weeds that weren’t cut along the roadside and complained to Code Enforcement. It was at that time we felt that we’d better go and inform the city council of what I did administratively last year. So, that’s why it went through city council (this year). We gave them the information, and they collaborated off my decision at that point.”

Since last year’s operational decision not to make the three or four mowings of the right-of-ways under its “jurisdiction” was an administrative one, no official notice was issued to the landowners, says Cole. For 2012, that’s changing. Code Enforcement mailed notice to affected landowners upon the city council’s recent stand, “and they’ll send out another letter in the spring to let them know they are responsible for their roadside ditches,” he says.

The land in question is located in areas of the city not yet filled in by residential development. Landowners not keeping the grass and weeds below eight inches can be subject to a fine. However, enforcement of city ordinances in Rapid City is, says Cole, largely based on a complaint basis.

“I’m guessing that the landowners will hire this work to be done, if they do it. I doubt if most of the landowners have the availability of a bush hog to cut these ditches down.” 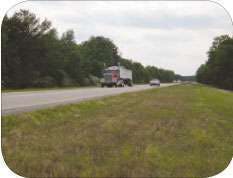 A well-managed roadside is particularly challenging in areas visited by vehicles originating from other parts of the country, bringing with them invasive seeds.

True, says DuPont Crop Protection’s Craig Alford. “For roadside weed management, typically we’re not dealing a lot directly with the landowner,” he says. “Most of the time, it’s with some sort of agency and/or applicator that’s taking care of or managing that particularly piece of roadside. They’re a great group of people – very responsible – and I really do enjoy working with them.”

Science to the rescue

Science can be a solution for agencies trying to stretch dwindling dollars. “They’re looking to do more management of weeds and brush on roadsides to where they don’t have to be out there mowing as much, for a couple of reasons really,” says Alford, VMF (vegetation management and forestry) and specialty herbicide product development manager. “One obviously is cost. It’s not an inexpensive process to have number of employees riding the edges of highways with tractors and bush hogs. There’s the physical cost of that, but also with that is the added safety risk that these people out there have. Slow-moving equipment on the sides of the roads; it can be a big hazard out there.”

So finding a scientific product to become part of vegetation management strategy can help agencies do more management with less moolah.

As a “low-use” product, DuPont’s Perspective herbicide is not only less prevalent in the environment, but doesn’t have to be hauled around in such large quantities by the crews, enhancing flexibility of them physically and their employers operationally, says Alford. It’s too early to quantify if Perspective reduces drastically the number of cuttings required in a season, he says, but anecdotal evidence is encouraging. “A product like Perspective does a great job of controlling the broadleaf weeds and other things out there that can get tall,” says Alford, “but generally has been very selective to the grass that’s there, which is desirable because you want some sort of cover on the roadside. In a lot of situations, you’re getting away from those noxious and invasive weeds, and allowing more desirable native grasses to come back in on the roadsides.”

A potential longer-term effect of weed control may be the suppression of seed heads, which may keep grass from getting as tall, says Alford, but regardless, “if you have a good weed management program, through time you’re going to see less weeds present in any situation. If folks make a concerted effort to try to manage those weeds, through time they will see the benefit where, instead of broadcast applications along every mile, they may be able to do just treat parts that need to be managed in a given year.”

If the adjacent roads carry out-of-town or, worse, interstate traffic, keeping the weeds down can be a particular challenge, says Alford. “The highway right-of-way in a lot of situations is one of the worst spots for weeds, because you have so much traffic that goes by there and weed seeds have the potential to come from anywhere. You never know exactly what might show up,” he says. “You have potential for a lot of reinfestation year over year just from those outside factors.

“But typically, if you are in a good solid management program, you are going to start to see some advantages,” says Alford, “and maybe not have to manage it as intensively every year.”

If so, that’s good news for all agencies. Rapid City Parks and Recreation, for instance, had one-third of its temporary/seasonal staffing budget and one-half of its capital equipment budget cut in 2011 – the year Cole decided the non-park roadside mowing had to be stopped. About $20,000 was directly saved, which is significant for a parks department covering a city of 68,000, but not enough to cover the complete shortfall. And, says Cole, more cuts are to follow this year. 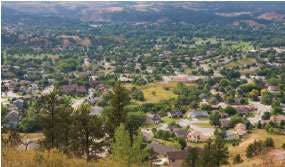 Keeping the roadsides mowed is a jurisdictional challenge in the western South Dakota community of Rapid City (pop. 68,000).

Working with a product that can give you vegetation management options allows flexibility in approaching the problems that spring up beside the road – an especially valuable asset in thin budget times. DuPont’s Perspective product, for example, has shown strong early results on leafy spurge and thistle, common on roadsides in the north, says Alford. But advantages in South Dakota may not always translate into the same advantages in the Southern states.

“For those areas, we’re going to be actively promoting a two-pass system, if you will,” Alford’s colleague Darin Sloan told Better Roads for the September 2011 Highway Contractor story (It Doesn’t’ Have To Be A Jungle Out There, Pgs. 10-15). “You start the season off with Perspective and keep the roadsides clean up until the beginning of summer, and then when you’ve got Johnsongrass and Dallisgrass and some of the undesirable grasses coming up, hit it with a Pastora treatment.

“From an herbicide application standpoint, that will pretty much be all you’ll need,” said Sloan, portfolio manager for the DuPont business area covering vegetation management. “You’ll probably have to come in and mow a couple of times in that summertime period, but from a weed control standpoint, you’ll be sitting pretty good.”

In the south, agencies additionally are able to make an application in the fall and have it carry through into the spring, says Alford. “That allows for a better division of the workload,” spreading out the utilization of equipment and man-hours over a wider window. “It allows folks to have a little bit more flexibility of when and how they want to manage some of these roadsides.” Or even if they can.

It comes down to having to make tough decisions, says Cole.

“Well, we did,” he says, “and that’s the reason why,” his department’s in the news now.

As a resident of Rapid City, as well as a chronicler of the South Dakota city’s business, reporter Emilie Rusch has empathy for the parks department’s financial squeeze. As the city has grown, she points out, it naturally has added parkland – which the department must take care of in the face of budget and staffing cuts. It’s the proverbial doing more with less.

“And, in South Dakota, whenever the State Department of Transportation plants those nice little gardens on an Interstate exit to beautify the on- or off-ramp, they always fall to the cities to take care of.”

Passing the buck? Difficult for us to say.

If only there were actually any extra bucks to pass – for either agency. 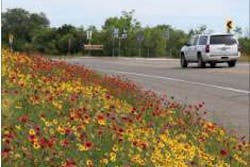 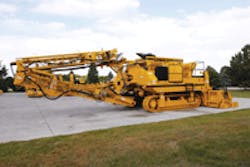 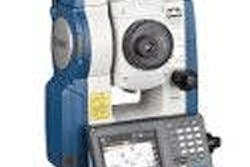