Chinese equipment manufacturer Sany entered the U.S. excavator market on Feb. 27 with the completion of the first excavator assembled at the company’s North American headquarters in Peachtree City, Ga.

A 21.5-ton SY215 tracked excavator rolling off the production line on Feb. 27 was celebrated with a ceremony attended by the Sany America staff of Peachtree City Mayor Don Haddix.

“This is a wonderful day for us,” Jack Tang, president of Sany America, said in a written statement from the company announcing the milestone. “We have worked hard to make this day a reality and we are looking forward to ramping up our assembly lines.”

Eric Teague, Sany America director of dealer development, says that since the company has moved to its new facility, it has has been making preparations for this day. Teague says Sany expects the model “to sell very well.”

Haddix noted that Sany America has made “a tremendous contribution to our city and country.” He also commended the company for bringing its manufacturing to the United States. “While so many companies have chosen to outsource production overseas, Sany is one of the few who have brought their manufacturing to the U.S., and we are honored to have them here in Peachtree City,” Haddix said in a press release.

In 2011, Sany announced it would build a $25 million research and development facility alongside its 400,000-square-foot corporate headquarters and manufacturing facility. When complete, the site will employ 300 hydraulic and mechanical engineers, according to Sany.

Click here for photos from the ceremony celebrating the first U.S.-produced excavator. 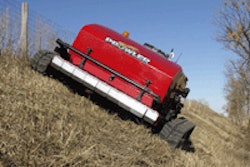 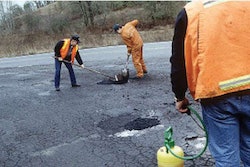 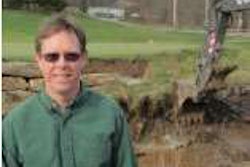