As the Baby Boom Generation begins to turn 65, the number of older Americans and their share of the overall population will swell dramatically. But, according to a new report, although these older Americans will be more mobile and active than any previous generation, they will face a transportation system that is inadequate to offer the mobility and safety demanded by older Americans and the population in general. The report, “Keeping Baby Boomers Mobile: Preserving Mobility and Safety for Older Americans,” was released Feb. 22 by TRIP, a national non-profit transportation research group based in Washington, D.C.

Despite their efforts to modify their own driving, and the fact that overall fatalities have declined in recent years, older motorists are still involved in a disproportionately high share of traffic fatalities. In 2010, there were 5,750 fatalities in crashes involving at least one driver 65 or older. And although drivers 65 and older account for eight percent of all miles driven, they comprise 17 percent of all traffic fatalities. Data for each state can be found in the report’s appendix.

According to the TRIP report, the population of Americans 65 and older will grow by 60 percent by 2025, at which time one in every five drivers will be over the age of 65. Because of good nutrition, improved health care, better education and higher incomes, new generations of older Americans will be more mobile, healthy and active for a longer portion of their lives than those just a few decades ago. For those 65 and older, 90 percent of travel takes place in a private vehicle.

“The growing ranks of older Americans will far outpace previous generations with their level of mobility and activity. Serving their needs will require a transportation system that includes safer roads, safer vehicles, safer drivers and improved choices,” said Will Wilkins, executive director of TRIP. “Congress can help not only older drivers, but all drivers by passing long-term federal surface transportation legislation now.” 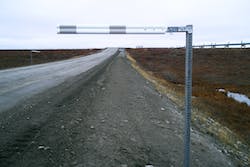 Delineator bounces back when hit 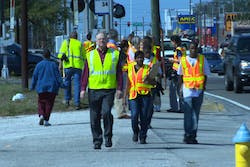 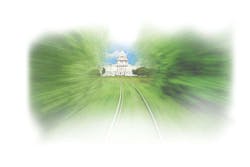