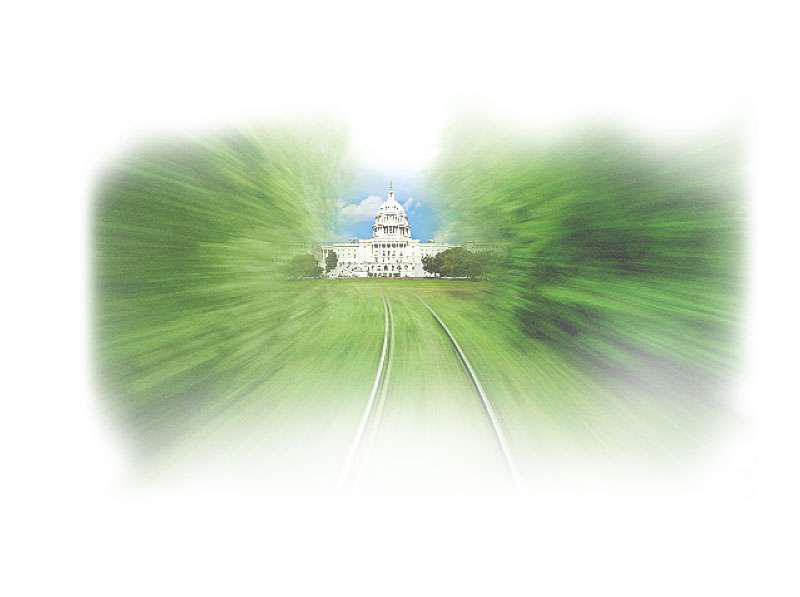 You’re out of touch and we don’t trust you.

Most Americans think their transportation system is in bad shape. But they prefer tolls to an increased gas tax to find funds to fix it.

The latest Reason-Rupe public opinion survey, conducted in December, found that more than half of Americans think their area’s transportation system is only fair or poor says, Robert W. Poole, Jr. Director of Transportation Studies for the Reason Foundation. Nearly half think congestion has gotten worse over the past five years, and 54 percent think it will get worse in the coming five years.

But 77 percent oppose increasing the federal gas tax, apparently, says Poole, not trusting Congress to spend the proceeds on improving their travels. Instead, they favor using tolls for new capacity, with 58 percent preferring new highway capacity paid for by tolls (especially if it saved them time)than by increased gas taxes (28 percent). And 57 percent support converting existing HOV lanes into HOT lanes.

The report shows significant segment of the American public upset across at federal transportation policies backing rail and bus riding. The feds have spent $8 billion to fund high-speed rail, but, says the report, only 34 percent, think government should do this and more than half (55 percent) think high speed rail should only be built where there are enough people to pay high enough fares to make it work without subsidy.

“In addition,” says Poole, “while Congress devotes 20 percent” of Highway Trust Fund spending to mass transit, 48 percent of Americans think that transit should receive no more of transportation funding than its share in travel. In most places, says Poole, that would be less than 5 percent.

“Some would call it random luck; I, and others, believe it is divine intervention,”

—Guam Governor Eddie Calvo after a runaway dump truck missed him by five feet before ramming into a loaded fuel tanker which did not explode.

A new report from the Heritage Foundation, Can Public-Private Partnerships Fill the Transportation Funding Gap, says the federal government needs to allow states more freedom to use P3s, and states need to adopt the policies and practices needed to use P3s effectively.

Federal and state governments should take several steps, says the report, including:

• Congress should remove or raise the limit on private activity bond volume for all qualified P3 projects.

• The states should enact the necessary legislation to accommodate P3s. Recent efforts to enact such laws in New Jersey and New York failed as a result of union opposition.

• State departments of transportation should ensure that the responsible managers and staff are qualified to conclude these complicated deals successfully.

• State governments should adopt policies and practices to ensure that the P3 option is considered at the outset of any planning process for projects over a certain cost rather than perpetuating the current practice of using it as a fallback position if everything else fails. For example, Congress could require … that all projects over a certain size that seek federal assistance undergo a formal analysis of the P3 option.

• Congress should carefully review current tolling restrictions on interstate highways, which are owned by the states. No state has yet been willing to toll existing free capacity, despite a federal pilot program that would allow it if the tolls are used to increase capacity.

The 2012 World of Asphalt Show and Conference and AGG1 Aggregates Forum and Expo will be held March 13-15 at the Charlotte Convention Center in Charlotte, North Carolina.

“We’re already at more than 104,000 net square feet on the show floor – and growing,” says show director Melissa Magestro. “Attendees can comparison shop and discuss product capabilities with industry experts, and we have a full range of education sessions to help them manage resources for business growth,”

World of Asphalt and AGG1 target the aggregates, asphalt, pavement maintenance and traffic safety industry sectors. More than 90 expert-led education sessions will offer state-of-the-art knowledge to improve job productivity and operating efficiencies. Some 93 percent of attendees at the last event said the shows were valuable to their businesses, says show management, and 97 percent said they were satisfied or very satisfied with the shows.

More than 20 leading U.S. and worldwide industry organizations, including U.S. government agencies, are lending their support to this year’s World of Asphalt Show and Conference. The National Stone, Sand and Gravel Association (NSSGA), AGG1 show owner, is again holding its annual convention with the shows.

Ever wonder what an interstate turned into a toll road would look like? As Missouri DOT considers it, an idea of how it might work emerged when MoDOT Director Kevin Keith addressed state legislators.

He said the actual tolls in dollars and cents were not determined, but would likely be in the neighborhood of 10 to 15 cents a mile for cars and two to three times that for trucks. Collection would be made electronically with drivers never having to slow down. In other words, no booths.

Missouri has a rare U.S. DOT waiver to toll I-70, and with states looking for funds from anywhere they can find them there’s little doubt a successful Missouri interstate toll model would increase pressure from other states to follow suit.

Los Angeles Mayor Antonio Villaraigosa is fed up with waiting for Congress to find funding for planned mass transit projects in his city. So he is looking into ways China might provide the funds.

During a trade mission to Asia in December he met in Beijing with executives of China Investment Corp., an outfit set up by the Chinese government in 2007, to explore alternative investment opportunities. Villaraigosa wants to fast track the city’s mass transit expansion, cramming 30 years’ worth of building into the just ten years. But he needs funds, a lot of them. And Congress is not helping he says. He graded the current Congress at mid-term with an “F” and said it has been “indifferent to cities.”