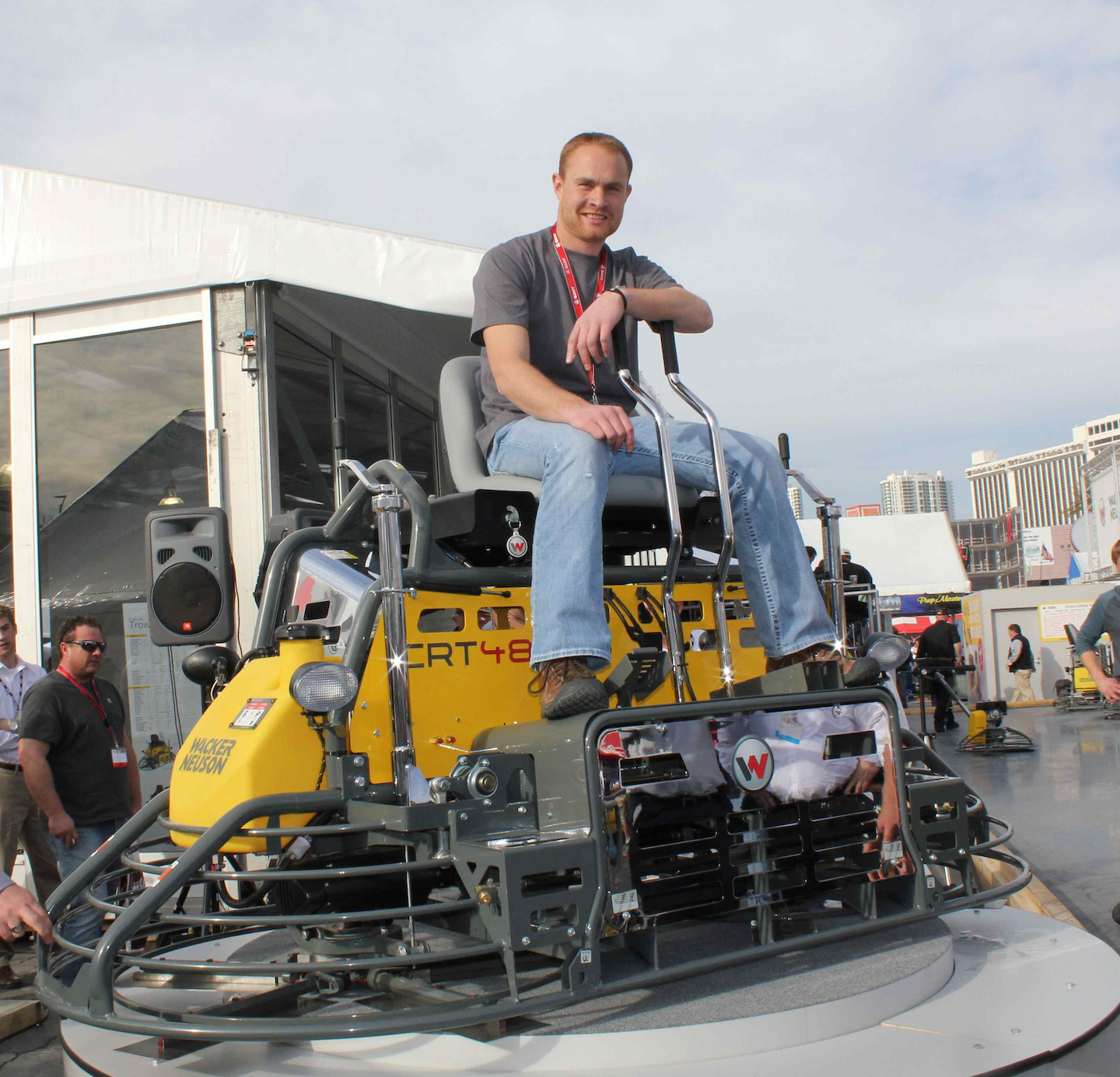 His combined winning time was 67.428 seconds. Wiebe came into the finals in second place with a qualifying time of 34.312. His final run time was 33.116 seconds. It was a friendly competition between Wiebe and his partner at Extreme Concrete, Jon Baerg.

Baerg came into the finals in first place with a qualifying time of 34.084 and with his final run time of 33.553 he was just a mere .209 seconds behind Wiebe with a finishing time 67.637 seconds.  For his efforts Baerg went home with a Wacker Neuson CT 36, 36-inch walk behind trowel.  The third place finisher was Bruce Gesick, from Slater and Son Concrete, Chico, Calif. Gesick finished with a combined time of 70.220 and went home with a BTS 635s portable cut-off saw.

More than 150 trowel operators took this year’s challenge held in Wacker Neuson’s outdoor exhibit at World of Concrete. The challenge tested the participants’ entire range of skills as they maneuvered around an obstacle course on the 2,400 square foot slab. This year’s course was run on Wacker Neuson’s World of Concrete 30-foot by 80-foot slab that measured at a floor flatness of FF-152.

Preliminary competitions were held Jan. 24-26 during the show. The contestants with the top 10 fastest times from the preliminaries advanced to the finals held on Jan. 26. The top 10 finalists each had one run through the course and that time was added to the preliminary time.

The next Wacker Neuson Trowel Challenge will take place at Feb. 5-8, 2013 at The World of Concrete 2013 in Las Vegas. For more information about the complete Trowel Challenge, go to www.trowelchallenge.com.