A recent national survey by the AAA Foundation for Traffic Safety confirms that Americans desire a greater level of safety than they now experience on our roads and are open to more government action to make it happen.

Yet, according to AAA Foundation for Traffic Safety, many are unwilling to change potentially deadly driving behaviors and candidly admit they are part of the problem. That is why AAA and the Foundation are challenging motorists to examine their driving habits and make a resolution to drive safer in 2012 and beyond.

The Department of Transportation recently released updated fatality and injury data which indicate that 32,885 lives were lost in automobile crashes in 2010, fewer deaths on record than any time for the past 60 years.

“Even one death on our roads is unacceptable,” says AAA Foundation for Traffic Safety President and CEO Peter Kissinger in a press statement. “Something is terribly amiss in our traffic safety culture when, in the safest year since 1949, on average there is still one needless death every 16 minutes in motor vehicle crashes. To reach zero deaths each driver must take a moment to assess his driving habits and ask, when it comes to safe driving, am I part of the problem or part of the solution?”

For the fourth consecutive year, the AAA Foundation’s Traffic Safety Culture Index finds that most drivers (86 percent) view it as unacceptable to drive without wearing a seatbelt, yet nearly one in four admit that they have done so in the past 30 days.

Additionally, a substantial number of drivers find it unacceptable to drive 10 mph over the speed limit on residential streets and admit to having done so in the past month. Such findings indicate that a false comfort exists among many drivers who believe ‘it’s the other guy behind the wheel’ yet admit to regularly engaging in potentially deadly behaviors like texting, driving while drunk or drowsy, excessive speeding, and red light running. “This ‘do as I say, not as I do’ attitude that persists among drivers needs to change before we can experience a traffic safety culture where safe driving is the norm,” explains Kissinger.

More than three in four drivers (76 percent) say that people driving after drinking alcohol are a very serious threat to their personal safety and nearly all (97 percent) consider it to be unacceptable. However, over 14 percent of drivers admit to driving when they thought their alcohol level was close to or possibly over the legal limit at least once in the past year, and of these, more than one in five (21 percent) have done so in the past month.

Cell phone use and texting

Additionally, more than two thirds of drivers (68 percent) report talking on their cell phone while driving in the past month, and nearly one in three (31 percent) say they do so fairly often or regularly.

Speeding is widespread on highways and residential roads. Seventy-four percent of drivers consider it unacceptable for a driver to drive more than 15 mph over the speed limit on a freeway, yet more than half of drivers (52 percent) admit to having done so in the past month.

Virtually all drivers (94 percent) consider it to be unacceptable for a driver to drive 15 mph over the speed limit on a residential street, yet more than one in four drivers (26 percent) admit to having done so within the past 30 days.

Nearly all drivers (94 percent) view it as unacceptable to drive through a traffic light that has already turned red if they could have stopped safely; however, more than one in three drivers (37 percent) admit doing this in the past month.

Most drivers view drowsy driving as a serious threat to their safety and a completely unacceptable behavior. Virtually all drivers (96 percent) consider it unacceptable for someone to drive when they are so sleepy they can hardly keep their eyes open; however, nearly one third of drivers (32 percent) admit to having done so during the past month.

Nearly one in four drivers (23 percent) admit that they have driven without wearing their seatbelt in the past 30 days, and nearly one in five (19 percent) say they have done this more than once.

“We are moving in the right direction when it comes to safety on our roads but we need to do much more. Changing driver behaviors is not rocket science…it’s harder. Take the first step and make a personal goal to be a safe driver in 2012,” concluded Kissinger. 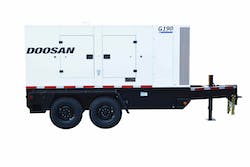 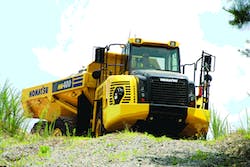 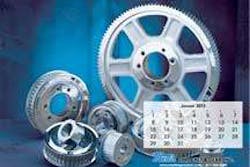 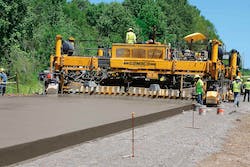