The Federal Highway Administration (FHWA) has promoted the use of expanded polystyrene (EPS) geofoam as a lightweight embankment soil alternative for a number of years.

In a 2006 report, the agency’s Technical Service Team described the material as a “field-tested, budget-friendly winner.” Why? FHWA engineers list the following benefits:

The material is approximately 100 times lighter than soil, which saves time. Additionally, a single truck can carry approximately 120 cubic yards of geofoam versus 12 dump truck loads needed for an equivalent volume of earthen fill. This reduces hauling costs, both in fuel and labor. Geofoam is easy to install by hand, so it reduces expenses for heavy equipment.

Following is a discussion of tangible benefits derived from geofoam usage in real-world applications.

For the I-80 / I-65 interchange in Gary, Indiana, FHWA recommended a net-zero load methodology for the roadbed to prevent post-construction settlement.

To reduce the amount of excavation of the high-organic content soils, the contractor, Walsh Construction, used EPS geofoam blocks.  A six-member crew installed 700 cubic yards of geofoam in one week working four- to five-hour days. The geofoam was delivered to the job site on 32 flatbed truckloads, whereas traditional fills would have required more than 400 dump trucks in the highly congested project area leading into and out of metro Chicago.

The project team for an interchange between Trinidad’s Churchill-Roosevelt Highway (CRH) and Uriah Butler Highway (UBH), the island nation’s primary highways, used an EPS geofoam sub-base to solve an engineering challenge and save time in the process.

Highway geometry required placing new lanes adjacent to both sides of an existing fly-over ramp’s support pier. The grade for the lanes required placement of about 10 feet of embankment fill on top of the pier’s pile cap. Engineers determined that traditional fills would have caused unacceptable settlement of the compressive layers located below the fill.

To build the embankment while keeping loads down on the pile cap, Vinci Construction Grands Projets specified EPS geofoam as a lightweight fill, which provided an alternative to building a concrete slab founded on piles to support the load from the road and transfer it away from the pier pile cap. No heavy equipment was needed for the fill placement, as crews were able to install the geofoam blocks by hand.

The geofoam resulted in lower and smoother post-construction differential settlements of the roadway in both the transversal and longitudinal directions. It also eliminated the need for additional geotechnical investigation for potential additional piles.

The ability to place the EPS geofoam during the rainy season was crucial to keeping the project on schedule. Crews placed 2,100 cubic yards of EPS geofoam in only 3.5 days.

The U.S. Army Corps of Engineers used EPS geofoam when it needed to build a service bridge over above-ground outlet pipes at the Lake Cataouatche pump station near New Orleans.

The bridge abutments are over extremely soft soil (compressible peat). A traditional soil embankment would have added substantial load to the underlying soils.

To minimize loads on the soft soils, the project team used EPS geofoam under the bridge abutments.

In addition to being lightweight, EPS geofoam has predictable elastic behavior and will not decompose. Further, unlike other lightweight fills such as shredded tires or wood chips, EPS geofoam blocks are homogenous, which provides uniform load transfer and eliminates differential settlement. All of these factors combine to make the material an ideal choice in many road sub-base applications at the federal, state and local levels.

About the author: Nico Sutmoller is the geofoam specialist for Insulfoam, a division of Carlisle Construction Materials. Insulfoam is North America’s largest manufacturer of block-molded expanded polystyrene (EPS).  Nico can be reached at geofoam@insulfoam.com. 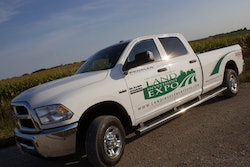 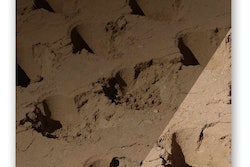 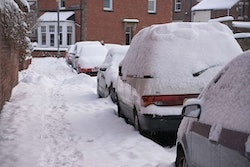