Understanding the process and what you need to know 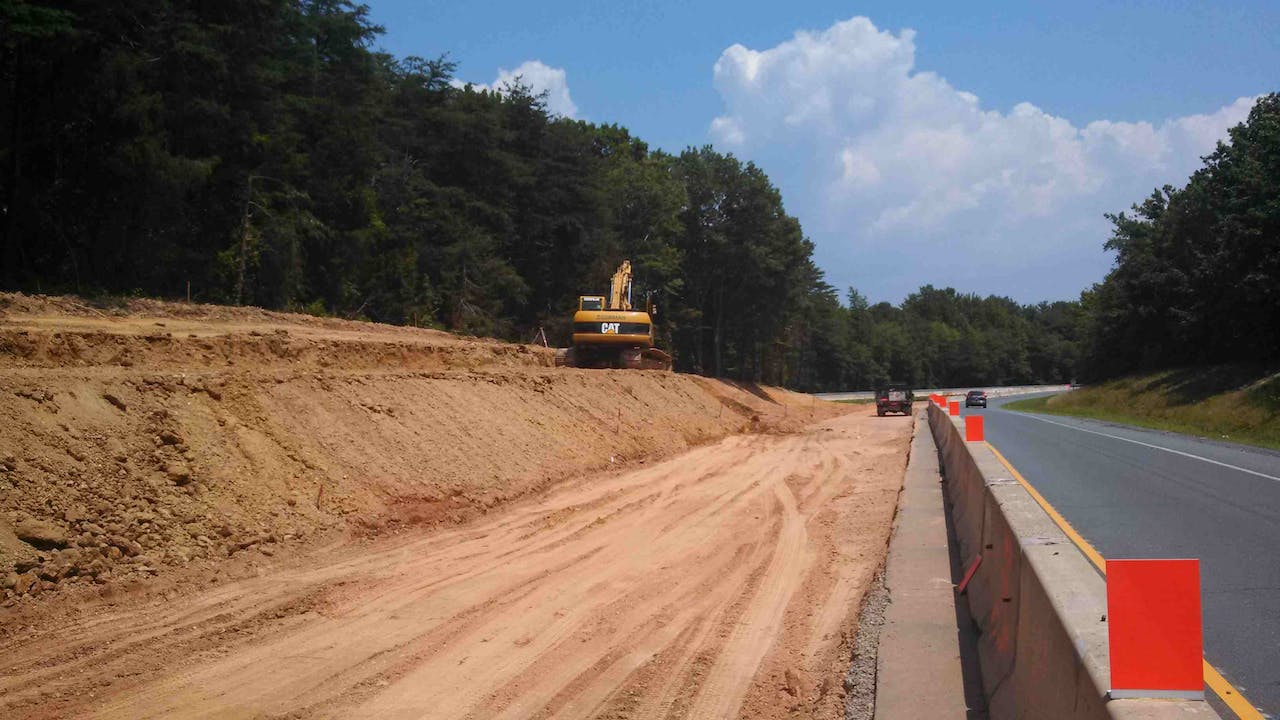 Author’s note: This article will attempt to answer the questions asked by the Area Construction Engineer in the scenario given as well as review the traditional “design-bid-build” process for construction projects, extensively explaining the process of the design-build process, highlight the difference between the two project delivery methods, and explain the benefits of a design-build process from both an agency’s perspective and a design-builder’s (DB) perspective. This article does not make an attempt or a conclusion on which development or delivery method is superior and when each project delivery method should be used. That decision is risk-based and made on a case-by-case, project-specific basis which is beyond the scope of this article.

The approved project was significant statewide and involved the construction of a four-lane, limited access, six-mile highway on new alignment through undisturbed right-of-way. Adding to the complexity of the project was the design and construction of nine bridges, some of them 1,000-feet-long and about 11 stories tall.

Questions began to race through the ACE’s mind. Where was the sealed design? Where was the approved material list? How many additional inspectors would be required for such a large project?

The DCE’s response? There are no “approved”designs, there is not a materials list and you will not bill or manage the project off of an approved material list. He also noted that you should not need a significant influx of additional inspectors because you will not be responsible for the quality assurance but instead the Independent Assurance (IA) and Independent Verification (IV).

The DCE also noted: “Significant portions of the right-of-way have not yet been purchased and relocation of the utilities are still an issue.”

The ACE responded back with, “What type of project is this?” The DCE’s answer was “design-build.” Finally, as the ACE was leaving the DCE’s office, the DCE offered the following guidance and advice: “I need you to review your transportation design skills, especially the Association of American Safety and Highway Transportation Officials (AASHTO) Green Book, and seriously look into obtaining a Project Management Professional or the Construction Management Certification.”

As the ACE left the office and walked back to the construction trailer, he was alarmed. He was now directly responsible for a large project of statewide significance that was being constructed using a new (at least to him) development process. The design-build process was vastly different than the design-bid-build process that he had previously used.

Adding to his apprehension, he now needed to more fully understand the right-of-way acquisition process, the utilities relocation process and brush up on his engineering design skills. All this had to be accomplished while maintaining day-to-day supervision of his staff and oversight of his current projects.

The Virginia Department of Transportation (VDOT), like many other state Departments of Transportation, uses the design-acquisition-construction method known as the “design-bid–build” method. This method is sequential in nature and normally begins with multiple design reviews, followed by right-of-way acquisition purchases and utility relocations.

The design part of this process normally ends with permit acquisition from the required local, state, and federal natural resource and environmental agencies. Once permits have been received, the design is effectively ‘”signed” and “sealed” by a professional engineer. From this point forward, design changes present significant time and cost impacts and usually do not occur.

With a “stamped” design, the transportation department then solicits the project for bid using a variety of acquisition methods (usually, lowest price technically acceptable) and under published criteria awards the project to the successful bidder. With an approved design and construction contract, physical construction begins. 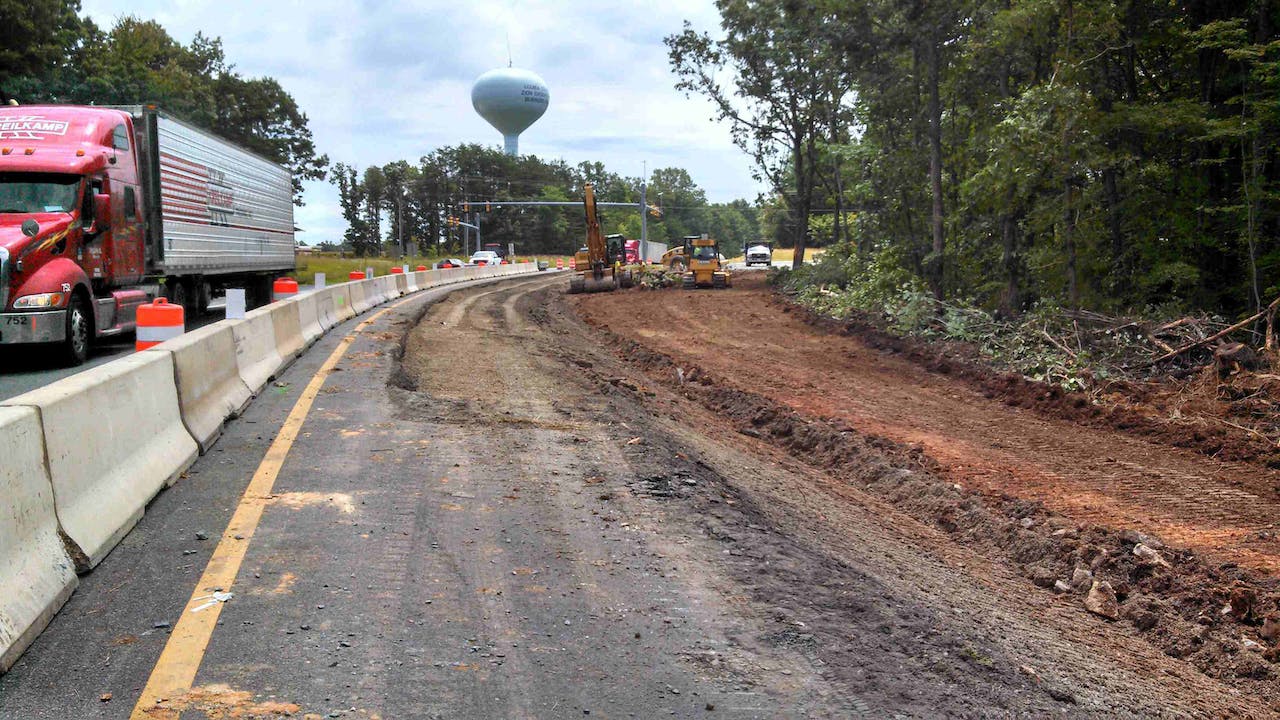 The design-build delivery method is significantly different than the traditional design-bid–build process.

Initially, through the planning process, the department produces a conceptual design. This design can be similar to the “30 percent” design used by most state Departments of Transportation. The 30 percent design provides the suggested geometric alignment of the proposed facility and the right of way limits within the required NEPA boundary.

The department then issues a “Request for Qualifications (RFQ)” and subsequently a “Request for Proposals (RFP) from the short-listed offerors list. (1)

As the design is not finalized, the RFP is usually defined in design and construction requirements such as free-flowing ramps, level of service, grade, and other relevant criteria metrics. At this stage in the acquisition process, it is critical that transportation departments clearly define the scope of the project because ambiguity leads to wide-ranging submittals. This increases risk — and  potentially cost — after the project is awarded. The offerors then submit their respective proposals (technical and price) and the department selects a design-builder based on the pre-defined selection process.

Since the ACE is the department’s legal and primary representative, all design requirements, utilities, permits and other requirements will be filtered through this position. Concurrently with the design review process, the design-builder obtains the required permits and performs utility relocation. Similar to the traditional design-bid-build process, permits must be obtained before the final design is completed, sealed and approved.

One of the primary advantages of using a design-build method is the option of concurrent design and construction processes. This is especially efficient on large bridge and road projects. Mass grading can be performed while the more intricate road and bridges components of the project are fully designed and approved. This dual aspect of design and construction has the potential to greatly accelerate project completion.

It is important to highlight that even though the project is in construction, it is also in the design phase.

The requirement for Department of Transportation construction inspectors is greatly reduced on a design-build project. The design-builder is responsible for performing the project Quality Assurance (QA) and Quality Control (QC). The transportation department performs the Independent Assurance (IA)/Independent Verification (IV).

The 20 percent payment on each work package is essentially a down payment on that specific work package and the remaining 80 percent is the final payment. Unit price payment is not a factor in payment to the design-builder.

In this process, routine quality standards are monitored and must be maintained at all times. Once construction is complete, the project is taken into VDOT inventory through routine acceptance methods.

A design-build contract generally offers several advantages that are not always present in a traditional design-bid-build contract.

A design-build contract helps to strengthen the bond between owner and builder by necessitating enhanced communication and a strong partnering environment. Communication is enhanced because:

Generally, partnering is enhanced since the design-builder has an increased sense of ownership in the project because he/she is taking on more responsibility and, as a result, more risk.

For instance, a design-bid-build project begins with conception: The project is funded,the project is designed, the right-of-way is acquired and utilities are relocated. After that, the project is advertised for construction and, ultimately, completed.

The design-build process allows for streamlining the design, right-of-way acquisition and utility relocation and the construction activities.

Cost advantages can be much more difficult to quantify but can certainly be realized using the design-build process. Concentrating multiple project responsibilities under one cost center reduces overhead costs and creates efficiency within the design-build team, thereby reducing overall cost to the owner.

Lastly, there are efficiencies inherent to a design-build contract that result in time and cost savings. An example of one such efficiency is that the design-builder is responsible for oversight of design operations and has the opportunity to perform constructability reviews throughout the design process, resulting in a more constructible project that is tailored to the design-builder’s preferred means and methods.

The following describes in greater detail some examples of how a design-build contract can yield advantages to both the owner and the design-builder, supporting a mutually beneficial relationship.

The following table summarizes the advantages to a design-build contract discussed above and demonstrates that each advantage is realized by both the owner and the design-builder:

The purpose of this article was to explain the differences of each method and to provide a succinct overview of the key differences and advantages of each method, not to provide a method on how to determine when to use each method. Determining when to use a certain method requires a detailed risk assessment. Each method has different processes, procedures, requirements and advantages as described above. Knowing the differences and requirements of each delivery method will enable the construction professional to more efficiently and effectively deliver the project.

Laurence Farrell, P.E.,  currently serves as the design-build area construction engineer in the Culpeper District, Virginia Department of Transportation. In this capacity he is directly responsible for all design-build construction projects for nine counties in central Virginia. Farrell is a recently retired U.S. Army Lieutenant Colonel. Past Army Assignments include District Engineer and Commander, San Francisco District, U.S. Army Corps of Engineers, and Executive Officer and Assistant Professor, Department of Civil and Mechanical Engineering at West Point New York. He has served two combat tours in Iraq and one combat tour in Somali in addition to two distinct and separate, one year deployments on the demilitarized zone separating South and North Korea.  Farrell is a native of Brooklyn N.Y., is a licensed professional engineer, and a certified project management professional (PMP). He holds a master’s degree in civil engineering from the Missouri University of Science and Technology and a bachelor’s degree from the Virginia Military Institute.

David Covington, P.E., has diverse experience in the transportation engineering and construction management industry, having worked directly for owners as well as design-builders. Covington began his professional career in 1999 working for Michael Baker, Jr. Inc., focusing primarily on the design of major transportation and other infrastructure projects. In August of 2007, Covington began working for A. Morton Thomas and Associates (AMT) where he managed design operations, design-build operations, and branched out into construction management and inspection. While working for AMT, Covington managed two VDOT design-build projects, one of which was the U.S. Route 460 Connector, Phase I; VDOT’s largest design-build project to date at the time with a contract value exceeding $90 million. In December of 2012 Mr. Covington began working for Alpha Corporation as a Project Engineer and Construction Manager performing owner Independent Assurance and Independent Verification (IA/IV) for VDOT on the US Route 29 Charlottesville Bypass project, the Department’s largest design-build project to date with a contract value of nearly $136 million. Covington is a licensed professional engineer and holds a Bachelor of Science degree in Civil Engineering from Virginia Tech. 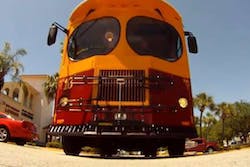 Getting around town via trolley 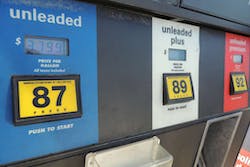 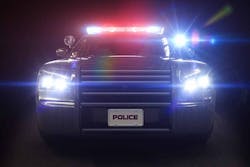