Four major bridges over the lower Mississippi River are getting ITS upgrades, including a Doppler radar system that will measure currents, providing data to help eliminate barges crashing into bridge piers.

The radar system had been brought up by a former MDOT director but never advanced, says Mississippi DOT Assistant Chief Engineer Field Operations Wes Dean. This time it came in response to the realization that innovation would improve TIGER grant chances. Dean recalls, “I was with the state traffic engineer who runs our IT program, just brainstorming among our IT staff and we realized the TIGER grant program gave points for innovation.”

The system took some time to track down. It is used offshore and in other places primarily by the Coast Guard but MDOT says it can find no other states using it to monitor navigable water rushing past its major bridges. And because the Army Corps of Engineers own the river, MDOT had to work out with the Corps a way to install and operate it.

The strategically and commercially vital bridges, the only ones that span the river along the MS/AR/LA borders, will have existing ITS systems expanded and new ones added.

The radar system, officially Real Time River Current (RTRC) sensors, will be installed on piers at water level, rising up and down with water levels. They will use underwater acoustic Doppler radar technology to determine the current patterns in the river that can cause river traffic to drift out of their bridge approach lanes. The system will measure both the flow rate and water levels, and will create data to warn watercraft, ports and maritime officials of dangerous or changing current before they reach the bridge. “This type of critical real-time current information will be able to reduce the potential for barge crashes with bridge piers that have occurred in the past due to swift and unexpected currents,” says MDOT.

Barges receive the current data (wirelessly) allowing barge captains to determine the most appropriate crossing location based on current and water levels.

Dynamic message signs will be expanded so that drivers have more time and more options in an area where enforced detours across the river can take hours longer than necessary if the warnings come too late. Highway radio advisory and fiber-optic communications will also be part of the project. Once installed all of the pieces will be integrated into traffic management systems already in place. A major goal is to allow for better traffic management and traveler information.

Construction and maintenance work will also benefit from the new system by having access to more real-time information and by being able to inform drivers of pending and ongoing work.

The newly installed technology will help owners detect deficiencies and also assess damage. It will also allow faster verification of problems and the faster dispatch of specialty crews to address problems.

Each of the river crossings function as a subsystem, with integrated devices connected through a fiber-optic ”communications backbone.” The project incudes the integration of the system so that local transportation management centers and emergency operations centers get real-time incidence response and traffic management data to monitor bridge conditions and provide alternative routes to drivers to avoid congestion, incidents and emergencies.

Using $10 million in TIGER (Transportation Investment Generating Economic Recovery grants from the U.S. DOT) grants, the project will expand existing ITS systems in each of the three states to complement previous state and private investments. The expansion should yield nearly $90 million in net public benefits, or more than $10.10 in public benefits for every public dollar spent, says MDOT.

The project is, says MDOT, a credit to the ability of all three state transportation agencies to work together. In addition to the principals the project has broad support from regional and local agencies in all three states. Of course, says MDOT, it is not the first time all of these agencies have worked together on Mississippi River projects.

The value of enabling drivers to choose and begin their detour as early as possible, becomes startlingly obvious when you look at these numbers:

From the Natchez-Vidalia Bridge the nearest bridge to the south is 162 miles and to the north 144 miles.

From the Vicksburg Bridge the nearest bridge to the south is 143 miles and to the north 179 miles.

From the Greenville Bridge the nearest bridge to the south is 159 miles and to the north 246 miles.

From the Helena Bridge the nearest bridge to the south is 254 miles and to the north 124 miles.

Each of the four bridges serve as a detour route for the other bridges,.

Project managers say that it demonstrates a commitment to improved accessibility and economic opportunity for the approximately 230,000 residents of the area, officially an economically distressed area (EDA).

To get an idea of this EDA check out another “bridge” project, the Delta Bridge Project at www.deltabridgeproject.com

The river bridges project is expected to be finished in June 2014.

There is one especially wonderful book that will give you an idea of just how much the currents and courses of the Mississippi River are subject to sudden, significant and potentially disastrous change: Mark Twain’s Life on the Mississippi. 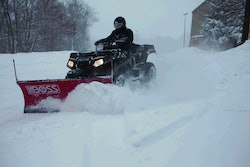 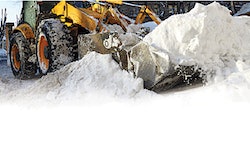 Get Ready for Your Best Winter 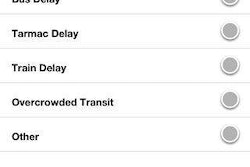