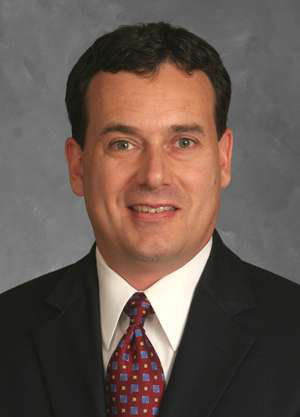 Attorney Brian Morrow is a partner in Newmeyer & Dillion LLP and a licensed civil engineer specializing in construction law, including road and heavy construction. brian.morrow@ndlf.com

In a recent case involving utility work on an Army base – Appeal of Tug Hill Construction, Inc. (Oct. 16, 2014) – the Armed Services Board of Contract Appeals (Board) denied a contractor’s claim for $11.4 million based on an alleged breach of the covenant of good faith and fair dealing by the government.

The implied covenant of good faith and fair dealing is a legal doctrine which provides that parties to a contract will deal with each other honestly, fairly and in good faith with each other, and observe reasonable commercial standards of fair dealing in the performance and enforcement of the contract. This duty is implied in every contract in order to reinforce the express promises of the contract to ensure the parties’ reasonable expectations. This duty has been read into contract negotiations, performance, and enforcement of contract obligations. Good faith has been defined as “honesty in fact” in the parties’ conduct, and may require something more of the parties than simply refraining from acting in bad faith.

In Tug Hill, on April 9, 2010, the U.S. Army Corps of Engineers (Corps) issued a Request for Proposals (RFP) for a fixed-price contract for utility work at Fort Bliss, located in El Paso, Texas. The scope of work included the demolition of existing utility systems, constructing new electric, water, sanitary sewer, communications, and natural gas utility systems, and connecting back to the existing main utility systems. The RFP included a special notice that noted the following:

This scope of work includes coordinating project utility requirements with the owners of the privatized utility systems. . . Contractors shall be responsible for negotiating and finalizing utility system work with the utility providers. The Contractor will include its cost for such work in its cost proposal.

Tug Hill was aware of the Special Notice. On May 19, 2010, Tug Hill received word from a company named CF Jordan that “[FBWS] is going to be doing the water/sewer [work].” Prior to submitting their cost proposals, Sundt and J.D. Abrams contacted FBWS and RGEC. RGEC would not provide a price quote for the electrical utility work. On May 20, 2010, FBWS provided a quote of $11,071,000 to Sundt and J.D. Abrams for the water utility work. Tug Hill did not seek price quotes from FBWS or RGEC.

On June 16, 2010, the Corps awarded a contract to Tug Hill for the fixed price of $28,024,550. On August 24, 2010, Tug Hill informed the Government it had received pricing from RGEC and FBWS that was higher than the pricing included in its proposal. Tug Hill requested that the Government “direct the Utility Providers to provide competitive pricing.” The Corps’ contracting officer (CO) informed Tug Hill their sole remedy was to continue negotiating with the utility providers. In November 2010, Tug Hill entered into a contract with FBWS, for $11,726,123 for the water utility work. In January 2011, Tug Hill entered into a contract with RGEC for $8,821,602.99 for the electric utility work.

Tug Hill agreed to perform the work for the fixed price of $28,024,550 without having negotiated with the utility providers. As a result, Tug Hill assumed the risk the work would cost more anticipated in its proposal. Tug Hill argued that FBWS and RGEC charged more than anticipated, and the process of coordinating, negotiating, and finalizing agreements with the utility providers increased its costs. However, Tug Hill bore that risk when it submitted its proposal. As a result, the Board denied Tug Hill’s appeal.

The Tug Hill matter highlights the difficulties of proving a breach of the implied covenant of good faith and fair dealing. Although this duty is implied in every contract, it does not expand a party’s contractual duties beyond those in the express contract. In Tug Hill, the failure to properly understand and determine the potential risks and costs of submitting a bid for utility work – without understanding who would be allowed to perform that work and what it might cost – resulted in Tug Hill’s claim for $11.4 million being denied. ϖ