The U.S. transportation construction market will see a 3.1 percent growth from $185.9 billion in 2014 to $191.7 billion in 2015, according to a forecast released by American Road & Transportation Builders Association (ARTBA) Chief Economist Dr. Alison Premo Black.

The projected growth is slightly above the anticipated growth in the overall economy. U.S. Gross Domestic Product is expected to grow between 2.6 and three percent, according to the U.S. Federal Reserve.

The forecast for highway and street work is tempered by two key factors: uncertainty over long-term federal funding, which represents 52 percent of state department of transportation (DOT) capital outlays; and still recovering state and local budgets.

Outside of construction, state and local governments are expected to spend an additional $38.5 billion for maintenance work; $13.2 billion for in-house and consultant planning and design services; and $7 billion for right-of-way purchases as part of their highway and bridge programs.

Below are highlight’s from Black’s forecast on specific sectors:

The construction market for highways, streets and related work, private driveways and commercial parking lots will grow to $64.9 billion, up 2.1 percent from $63.5 billion in 2014.

Record growth is expected to continue in the bridge and tunnel construction market, increasing from $30.8 billion in 2014 to $31.3 billion in 2015. 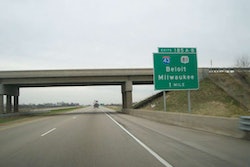 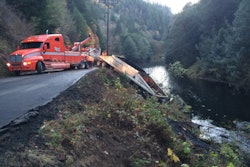