A six-cylinder Tier 4 interim engine gives the DX490LC-3 and DX530LC-3 389 horsepower. A variable geometry turbocharger, with Standard and Economy modes, boosts the machines’ performance and saves fuel on lower rpms.

The excavators deliver a 21-percent increase in torque, 3-percent upgrade in digging force and 2-percent rise in lifting capacity, compared to the previous models.

The DX490LC-3 and DX530LC-3 feature an upgrade cooling system with a 10- to 16-percent greater cooling capacity, made possible by two variable-speed hydraulic fans.

Cab-specific features include an easily adjustable seat, a 20-percent reduction in cabin vibration, a 1.8-inch increase in door space and a 6.1-percent increase in total cab space. Doosan also reduced the angle of the joystick to provide more legroom for the operator.

For more information about Doosan’s new DX490LC-3 and DX530LC-3 excavators, check out the full story at EquipmentWorld.com. 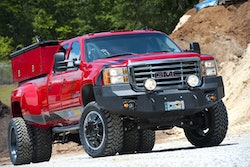 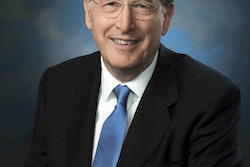 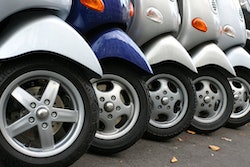 John Wayne on a little motorcycle