Powered by a six-cylinder Tier 4 interim engine pushing 389 horsepower, the DX490LC-3 and DX530LC-3 features a variable geometry turbocharger that works in Standard and Economy modes to boost machine performance while saving fuel on lower rpms. The VGT boosts pressure in lower rpms and generates more torque in a wider range of rpms to do this.

Doosan says backfilling trenches and swinging uphill is easier with these two machines as swing torque has increased by 21 percent. Bucket digging force meanwhile was upgraded 3 percent and lifting capacity was increased by 2 percent.

The cooling system on these machines has been upgraded as well with a 10 to 15 percent greater cooling capacity. The new system features two variable-speed hydraulic fans that allow the operator to control the engine coolant and hydraulic oil cooling systems independently.

Cab comfort upgrades abound in these machines. Adjusting the seat is easier and cabin vibration has been reduced 20 percent. The door space of the cab has increased by 1.8 inches, while total cab size has increased 6.1 percent, meaning more headroom. Doosan even reduced the angle of the joystick in order to provide more room for the operator’s legs.

Options for the DX490LC-3 and DX530LC-3 include the Intelligent Floating Boom, which allows the boom of the excavator to “float” up or down and an air compressor for cleaning out dusty cabs. 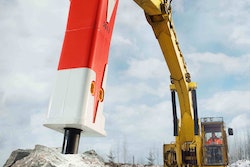 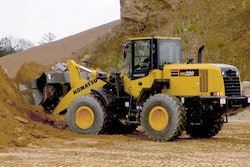 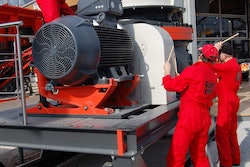