Americans throw away billions sitting in traffic each year

If there’s one thing we can all agree on, it’s the fact that we all hate sitting in traffic, right? Well, prepare to hate it a little bit more (if that’s even possible).

According to a study by the Centre for Economic and Business Research in conjunction with Inrix, a Kirkland, Washington based company, Americans not only waste valuable time sitting in traffic, they waste hard-earned cash as well.

“The combined annual cost of traffic gridlock in Europe and the U.S. will soar to $293.1 billion by 2030, almost a 50% increase from 2013, driven mainly by urban population growth and higher living standards,” the study found. “Over this period, the total cumulative cost of traffic congestion for these economies is estimated to be a staggering $4.4 trillion.”

Kevin Foreman, general manager of GeoAnalytics at Infix, unfortunately doesn’t see a light at the end of the tunnel. He believes the problem will continue to get worse, at least in the short-term.

“This report shows that advanced economies could be heading for ‘car-maggedon,'” Foreman said. “The scale of the problem is enormous, and we now know that gridlock will continue to have serious consequences for national and city economies, businesses, and households into the future.”

“Improving public transport infrastructure may provide more choice for travelers, but it won’t solve the problem. Technology innovations like multi-modal routing and real-time traffic in connected cars and on mobile devices should be adopted more widely, helping to create smarter cities worldwide,” he said.

While Americans should remain hopeful, it’s hard to imagine political leaders agreeing to invest more money in public transportation and transportation technology. After all, Congress still hasn’t been able to reach a long-term solution to the Highway Trust Fund. 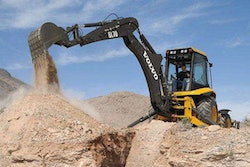 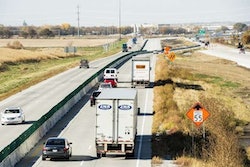