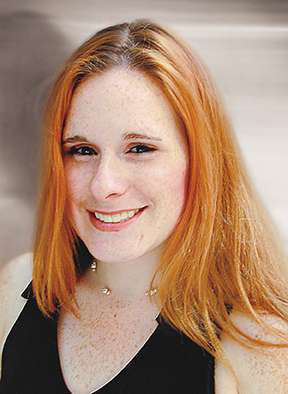 I recently went on a short trip to New York City with one of my closest friends. It was just an in-and-out weekend to spend a few days together catching up away from our busy lives of work, family and all the other activities/groups, etc., in which we are involved.

During our little getaway, we went to a concert at Madison Square Garden. I was very excited. I had never been there. Upon entry, we were searched, patted down and then searched again. Not a problem. I get that security was looking for people bringing in drugs and alcohol. During the search of my “giant mama purse,” they found a bottle of water and some gum – the kind that is square and you push out of the package. They said they had to confiscate it because there was no way to ensure it was truly gum and not some kind of drug tablet. I get it. They’re taking precautions.

As my gum was being taken away, I asked if I could please just have one piece of it before they took it away. “The peppermint really helps with my nausea,” I told security, explaining that I’m six months pregnant. After patting me down again and feeling my bump, they agreed to let me have a piece.

After all that, I was very taken aback and extremely disappointed as I tried to enjoy the concert. I was suddenly surrounded by marijuana smoke. I’m not talking someone lighting up a joint and passing it around. I’m talking thick smoke as in it would be hard for anyone to breathe. Now, I don’t participate in that and neither does my friend, and it’s not my job to judge or police people. However, after the extreme pat down and inspection at security on the way in, I was a bit miffed and baffled how so many people could bring in drugs. So I left the section where I was (I obviously didn’t want to chance breathing in all that smoke, especially since I’m expecting.), and went to stand at the bottom of the section to the side. I was quickly told I couldn’t stay there. When I explained to the bouncers/security folks why I left the section and that I’d be happy to return to my seat but couldn’t because of the smoke, the guards just looked at me and said, “What do you want me to do about it?” It seems that the extreme pat down was all smoke (literally) and mirrors.

This response started me thinking about our nation’s transportation system. The President and Congress acknowledge we have a problem. They talk about how we need to make changes. But I don’t see it being done. We’re currently in a holding pattern until MAP-21 expires at the end of May, but it’s time to make your actions speak louder than your words.

It’s time for Congress to do as they are saying – not as they are doing! It’s time for action. What are you doing to help lawmakers take action? Let me know at tinabarbaccia@randallreilly.com. BR