Wisconsin Gov. Scott Walker is considering replacing the state’s gasoline tax with a sales tax on gas and alternative vehicle fuel sources to stabilize long-term transportation funding. However, Walker offered few specifics, and the impact of charging a sales tax to consumers at the pump is unclear in comparison to the existing tax on gasoline suppliers that gets built into the pump price.

In an interview with the Wisconsin State Journal, Walker said “getting rid of the gas tax entirely” and replacing it with a sales tax is “a realistic thing for us to look at.”

“Not as a revenue upper, but as a neutral conversion,” Walker said. “With the idea being that that could be stable, versus something that’s based on gallons of gas, which continues to go down.”

Walker did stress that his idea is not a full-fledged proposal, but it’s obvious he understands the importance of transportation funding.

[gtblockquote type=”right” quote_text_size=”22″ quote_text_style=”normal” quote_text_color=”#9F0226″]Wisconsin will be short $15.3 billion over the next decade.[/gtblockquote]It has been reported that Wisconsin will be short $15.3 billion over the next decade if the state wants to maintain its current service, traffic flow and road condition levels under the existing funding system. That’s due to road construction costs, but also declining gas tax revenue from more fuel-efficient vehicles and fewer miles traveled.

Several ideas have been thrown around to fix Wisconson’s transportation funding, including raising the state’s gas tax by 5 cents per gallon, increasing driver’s license and commercial vehicle registration fees, eliminating the sales tax exemption on the trade-in value of a vehicle, and adopting a mileage-based registration fee system for passenger vehicles and light trucks.

Walker, however, opposes raising the gas tax and questions the logistics of a mileage-based registration system.

We’ve all heard the saying, “no idea is a bad idea.” That saying is certainly up for debate, but it’s good to hear that more politicians are looking for highway funding solutions.

“It’s a very positive thing that not only the governor but elected officials and candidates on both sides are talking about the shortfall in transportation,” Patrick Goss, executive director of the Wisconsin Transportation Builders Association, said.

Flagman caught boozing on the job 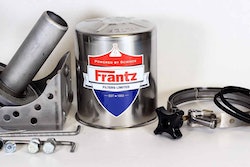 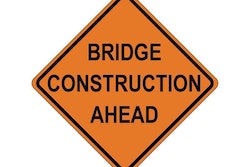