If you are in construction, you will love this!  A magazine competition set some of the world’s best architects’ wildest imagination on fire. The results are spectacular.

The winner was American Derek Pirozzi , for his project Polar Umbrella, a “buoyant skyscraper that rebuilds the arctic ice caps by reducing the surface’s heat gain and freezing ocean water. In addition, the super-structure is equipped with a desalinization plant and solar powered research facilities and eco-tourist attractions.”  Second prize went to Darius Maïkoff and Elodie Godo from France for their Phobia Skyscraper. “The project seeks to revitalize an abandoned industrial area of Paris, France, through an ingenious system of prefabricated housing units.” And third were Chinese architects  Ting Xu and Yiming Chen for their floating skyscraper Light Park, ” that takes new development within large cities to the sky. The project allows for a continuous growth of the world’s mega-cities by providing adequate infrastructure, housing, commercial, and recreational areas.”

Even the honorable mentions are stunning. Especially the “pH conditioner skyscraper that resembles a jellyfish and purifies polluted air or a volcano skyscraper that harvests geothermal energy.”

The award was established in 2006 to recognize outstanding ideas for vertical living. Since then, the publication has received more than 5,000 projects that envision the future of building high. These ideas, through the novel use of technology, materials, programs, aesthetics, and spatial organizations, challenge the way we understand vertical architecture and its relationship with the natural and built environments.In 2013, the Jury, formed by leaders of the architecture and design fields selected 3 winners and 24 honorable mentions. eVolo Magazine received 625 projects from all continents and 83 different countries. The winners were selected for their creativity, ingenuity, and understanding of dynamic and adaptive vertical communities. 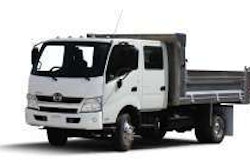 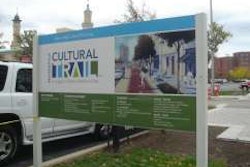 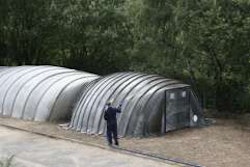