Construction added 16,000 workers in September and now employs 6.079 million Americans, according to preliminary data from the Labor Department. That is the industry’s highest figure since May 2009.

The new data also revised the August employment figure downward from 6.068 million to 6.063 million. That pushes down August’s employment gain from the previously reported 20,000 to 16,000.

Construction’s employment is now 4 percent higher than it was one year ago. So far this year, the industry has added an average of 22,555 workers each month.

Meanwhile, the U.S. economy added 248,000 jobs in September while the country’s unemployment rate fell to 5.9 percent—the first time that rate has fallen below 6 percent since before the recession. 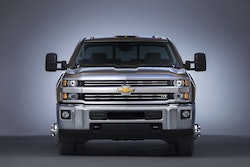