Several homeless men who live beneath the 9th Street overpass in Jeffersonville, Indiana, have been forced to move. That’s because Walsh Construction has begun demolition as part of a new phase of Ohio River Bridges Project.

This is not the first time the homeless have been forced to move. Last year around a dozen homeless living under the 7th Street overpass were relocated when it closed.

Last year officials were forced to apologize to the Jeffersonville-Clarksville Homelessness Task Force after a subcontractor cleared a homeless encampment just east of Interstate 65 in Jeffersonville. Following the incident, the city adopted a policy that requires the task force to give 48 hours notice before removing items belonging to homeless people.

Project officials have said homeless people living in a construction area is a matter of safety. “If we see someone in an obvious unsafe position, we have to do something,” said Max Rowland, a Walsh project manager.

Rowland says the construction company has had incidents involving the homeless in the past. One incident involved an intoxicated homeless man who refused to leave the area. Another time a homeless man stole a worker’s lunch box.

Have some time to kill? Check out this video of a half-mile, 30 million-pound bridge sliding into place over the Ohio River. 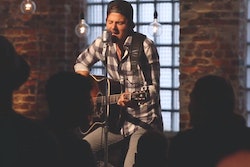 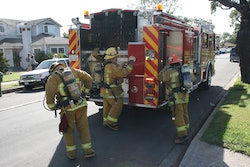